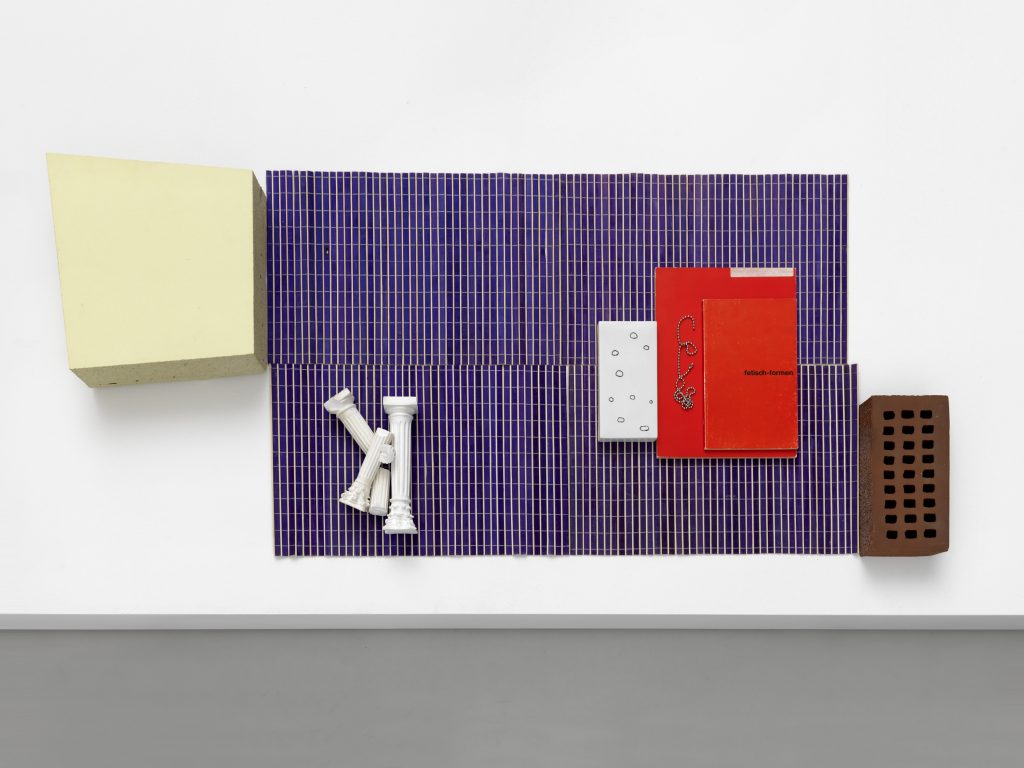 Ingo Mittelstaedt uses the artworks from the Peter Raue collection as his raw material from which he selects, which he collages and which he relates to his own photographic works and found objects from his studio. Questions of authorship and ownership morph into a new network of references, images, objects and texts.

Like in the game Chinese Whispers, in this exhibition messages are continuously passed on from one artist to another, from one generation to the next, reinterpreted in altered contexts and different media. In our interconnected world the frame of reference has expanded enormously, becoming instantaneous and highly complex at the same time. Mittelstaedt translates these digital patterns into an artistic practice of controlled coincidences. The result is a new way of seeing things and objects.

The exhibition Chinese Whispers is neither only a tribute to the exceptional advocate and collector of the arts Peter Raue, nor the result of a curatorial achievement on the part of the artist Ingo Mittelstaedt. Rather, the total installation constitutes an artwork. In eight spatial images Mittelstaedt bursts open the hierarchies of art history and subverts the rules of common exhibition practices. Like in a digital network, artworks from the collection, photographs and found objects from the artist’s studio stumble into a dense and soft-spoken conversation about how artistic ideas remain alive in the 21st century.

In this sense, Mittelstaedt unfurls the parts of the Peter Raue collection he has selected as a cache of artistic references, which he enriches, in the tradition of the London Independent Group from the early 1950s, with trivial objects and his own photographic works, that are, in turn, composed from simple, found objects. In this process of transformation, artworks are divested of societal norms and valuations and returned to their artistic sources of inspiration.

One of the Long Poems by Wallace Stevens (1879–1955) provides access and bracketing to the exhibition: The Man with the Blue Guitar (1937). In this poem, Stevens evokes the relation between reality and the human faculty of imagination. Stevens later remarked that The Man with the Blue Guitar would ‘say a few things that I felt impelled to say 1) about reality 2) about the imagination 3) their interrelations; und 4) principally, my attitude toward each of these things’. While Stevens was inspired by Picasso’s painting The Old Guitarist (1903) in 1937, in the mid-1970s David Hockney, in turn, took Stevens’ poem as his starting point for a series of etchings he called The Blue Guitar (1976/77). A copy of this 20-piece series by David Hockney has found its way into the Peter Raue collection. Ingo Mittelstaedt takes the poem by Wallace Stevens and the Hockney-series as the point of departure that activates Chinese Whispers. To them he dedicates the central installation on the ground floor.

On the upper floor of Haus am Waldsee, two more key aspects of Mittelstaedt’s spatial transformations of ideas are displayed. Here, the focus lies on works by Marcel Broodthaers and Rebecca Horn. Like Mittelstaedt in this show, Rebecca Horn’s works have started from texts since the 1970s, condensing spaces poetically, rendering them physically palpable. This approach closely resembles that of Mittelstaedt, who initially also worked with performance. At Haus am Waldsee he transfers the convoluted mix of works by Rebecca Horn in the Peter Raue collection into a separate, dense space of personal postcards, photographs and mobile chamber pieces. The result is a highly unusual homage to one of the great German artists after 1945.

The exhibition Chinese Whispers shows eight identifiable images in space. Together, they consist of more than one hundred artworks from the collection of Peter Raue, almost forty photographic works by Ingo Mittelstaedt and found objects from the artist’s studio, who lives in Hamburg and Berlin. Many of the works incorporated into the discourse of this exhibition are by artists who have had exhibitions at Haus am Waldsee in the past: Cy Twombly (1963), Joseph Beuys (1967), Rainer Kriester (1972), Marcel Duchamps (1973), Marcel Broodthaers (1974), David Hockney (1975), Rebecca Horn (1975) and Gotthard Graubner (1987).

An accompanying catalogue, edited and introduced by Katja Blomberg, with an essay by Wolfgang Ullrich, has been published at Verlag der Buchhandlung Walther König, in German and English, 80 pages, € 18.

Supported by The Berlin borough of Steglitz-Zehlendorf – office for further education and culture, department of culture; the Mayor of Berlin, Senate chancellery – cultural affairs; the association of friends and supporters of Haus am Waldsee