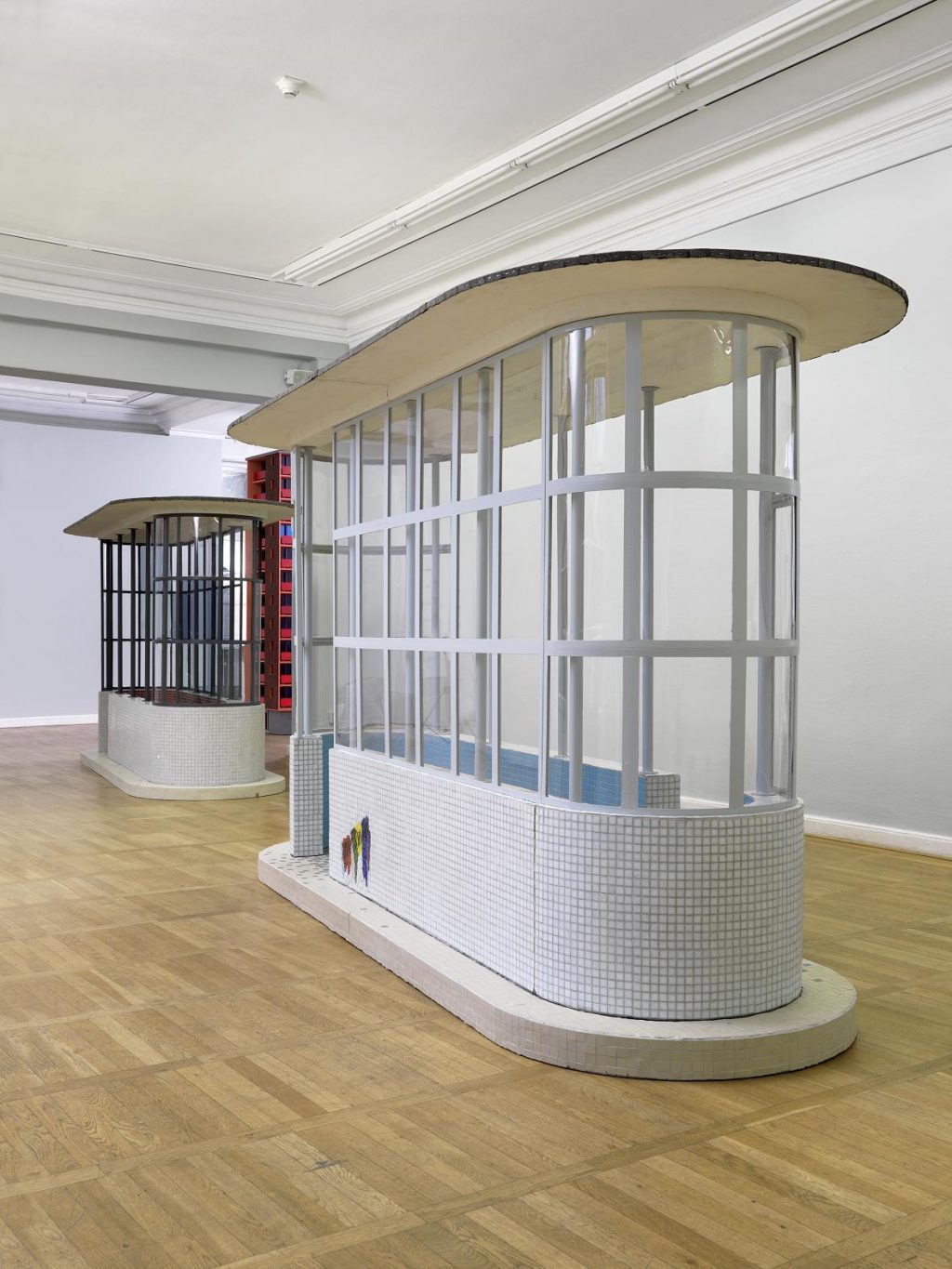 Ina Weber (b. 1964 in Diez a.d. Lahn) collects public buildings with her camera. She then goes on to scale them down into architectonic sculptures. The sculptress seizes structures from urban space which signify new beginnings, mobility and modernity: industrial structures after 1890, Bauhaus architecture from the 1920s, 1960s Modernism in East and West, prefabricated housing, petrol stations, swimming pools, casinos, but also bus stops or pedestrian zones with their 1970s furnishings. Her works have the appearance of mockups, yet they are sculptures based on her own photographs and reduced to her own size of body.

Ina Weber examines, by means of her architectonic sculptures, the social utopias of the 19th and 20th century. She challenges their efficacy in the context of the present-day metropolis. The show will create the situation of a laboratory, exposing urban dynamics while investigating their utopian half-life, in order to engage the viewer in a dialogue on the topic.
Through her strategies of down-sizing, playing down and belittlement, Ina Weber manages to establish a humorous and ironic distance from former symbols of modern comfort. In doing so she raises awareness of how quickly the latest fad that was hailed as progress degenerates into something ugly and obsolete and how erstwhile optimistic euphoria descends into a sense of resignation and futility. Yet there is a certain beauty and dignity inherent in the ephemeral. This aspect is important to Weber; she carves it out of her original materials. Her sculptures, but most of all her drawings, indicate a process of transvaluation most people turn a blind eye to in their everyday lives. Thus her pieces can also be read as working on the gaps in our perception of our urban surroundings.
The exhibition at Haus am Waldsee will display the particular way Ina Weber deals with public spaces, architectures, memories, utopias and realities, a practice the artist has consistently pursued for more than 15 years. It is her first major show at a Berlin institution. The exhibition is set to travel to Städtische Galerie Delmenhorst in the summer of 2013.
Having studied with Martin Kippenberger, the artist now lives and works in Berlin. A catalogue will be published in German and English with Verlag Walther König, Cologne.

Supported by the Council of Steglitz-Zehlendorf of Berlin, the Governing Mayor of Berlin, senate chancellory – cultural affairs department, Capital Cultural Fund, Friends and Supporters of Haus am Waldsee e.V.