Since the 1990s, Bernhard Martin‘s visual world has consisted of images from advertising, electronic media and European art history. He skilfully uses several techniques, from the Old Masters to today‘s spray painting and glazing techniques. His colouring is based on the iridescent fabrics of holy figures of the late Middle Ages as well as on the smooth Internet aesthetics of our days.

Bernhard Martin already moved to Spain during his studies with Harry Kramer in Kassel. He spent seven years in Barcelona. Later, a scholarship took him to Nice, in the 2000s he went from Berlin to London. Today, Bernhard Martin lives and works in Berlin again. 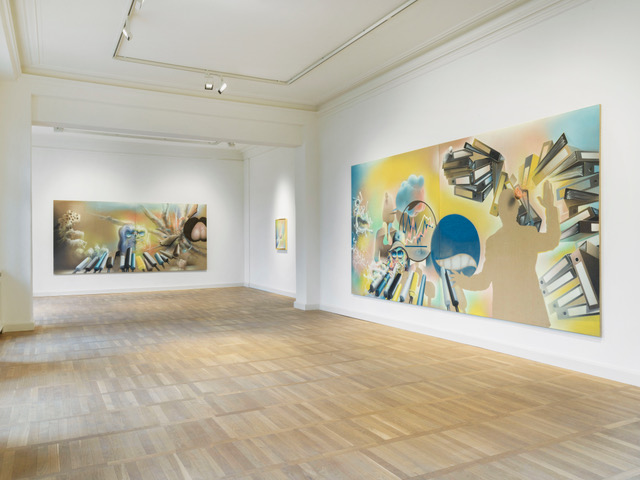