More than twenty years ago, Stefanie Hering (b. 1967) founded a small porcelain manufacture in Berlin-Prenzlauer Berg. Today her works are beloved by aficionados and collectors of porcelain as well as chefs and restaurant owners of international standing. According to Hering, the effect of pure porcelain had been lost for a very long time. That is why she committed herself to a new approach. Reducing the forms, Hering attempted to let the material speak for itself. Beyond the traditional rituals involving cups, bowls, vases and plates, she addresses the altered eating habits of a globalised food culture. Stefanie Hering consistently creates something new without losing her grip on tradition. By now, Stefanie Hering’s designs are produced in Thuringia, while her studio is still in Berlin. 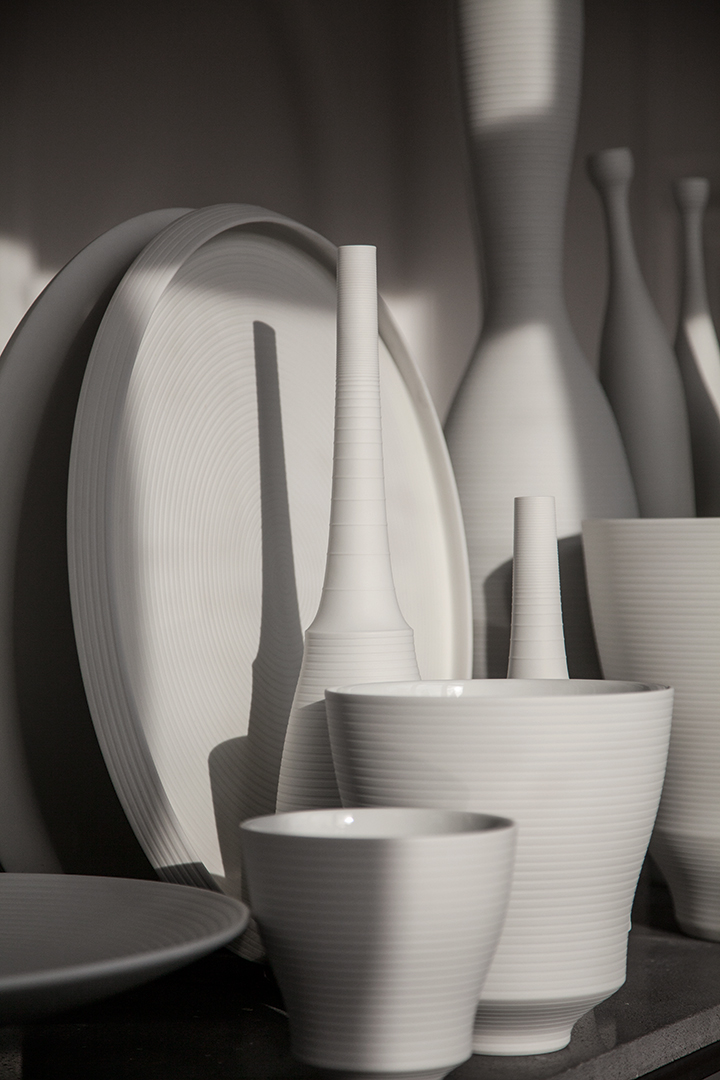 Porcelain design by Hering Berlin
BACK