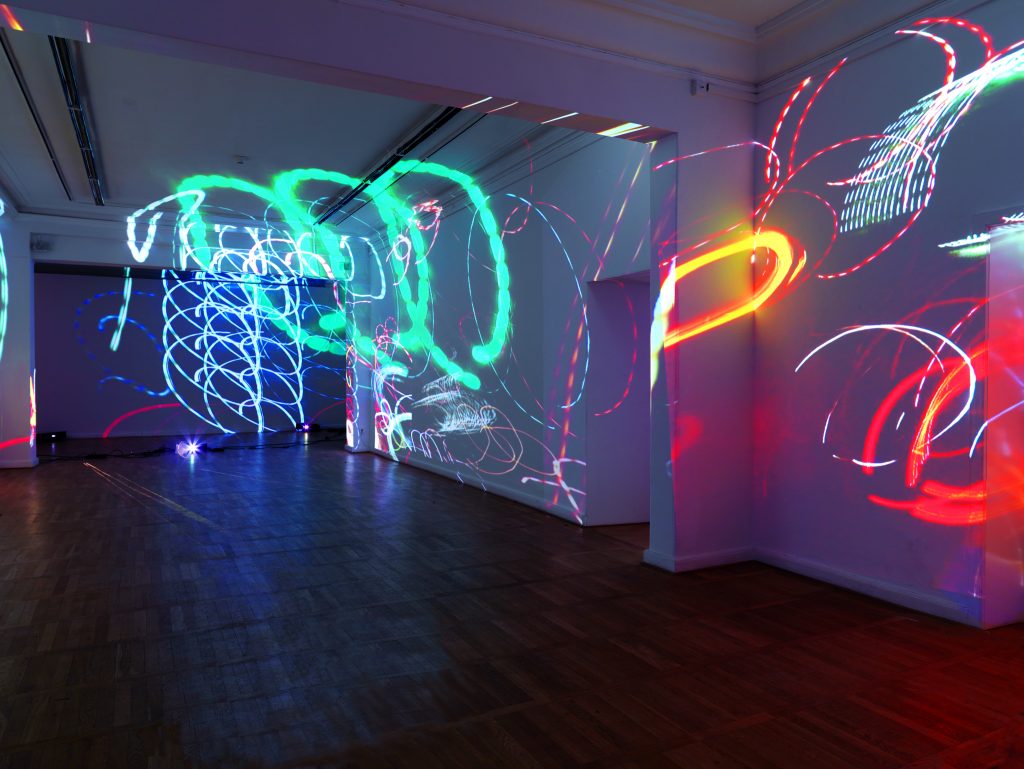 Born in Tokyo in 1974, Takehito Koganezawa is an artist who employs the simplest of means to demarcate the concept of drawing between those of performance and video. Koganezawa sets up a relation between his body, video projectors and cameras. The movement of these three components generates extraordinary optical phenomena of overlay as well as condensation into image streams. The exhibition also presents drawings on paper but will mainly focus on abstract video and performance works.

We may associate some of the video works in the exhibition with animated paintings by Bridget Riley or Karl Otto Götz. Others are in rapport with early video pieces by Tatsuo Miyajima. In each case Koganezawa deals with the momentum of time. By moving from drawing pen and paper to primarily electronic media as his means for drawing, the artist is able to render the passage of time immediately visible. He translates linear phenomena with magical levity into abstract, moving signs and images. The results are elusive “lines in the air”, somewhere between op art and art informel. At the same time the moving works of Koganezawa are highly independent and contemporary.

Nothing and time are the most important coordinates of his œuvre. For Koganezawa, every place on this planet holds its own sense of time. The artist does not attempt to arrest time; on the contrary he allows it to move on like waves on the sea. He contemplates on how to grasp a stream. Drawing is for Koganezawa a kind of primal stream. He is interested in how to mix streams and how to construct something new from such a blending. Weightlessness plays a crucial role in this context as does, by defying gravity, the relation to music and listening as the finest form of “seeing”.

Takehito Koganezawa has lived and worked in Berlin since the late 1990s. “Luft Linien” is the first survey of the artist‘s work at a German art institution. A catalogue will be published in German and English with Verlag Walther König.