At the event horizon 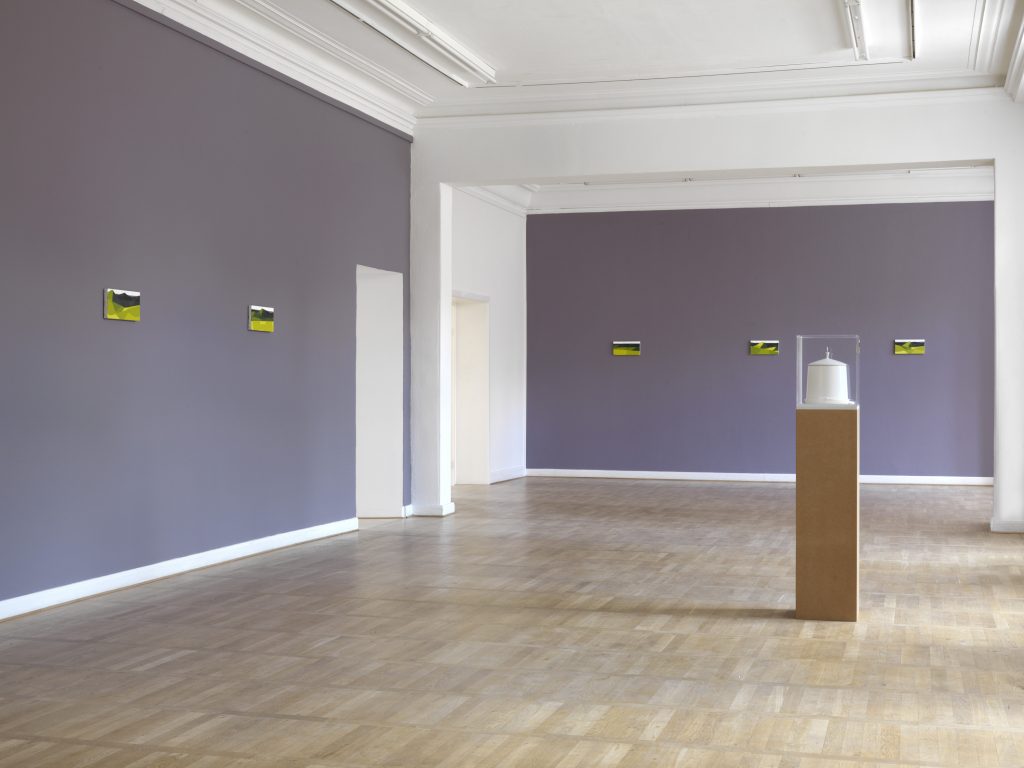 One of the pre-eminent contemporary Swiss artists, Albrecht Schnider (b. 1958) has lived and worked in Berlin since the end of the 1990s. Here, he has won acclaim mainly as a painter. Under the title “At the event horizon”, Haus am Waldsee furnishes him with his first retrospective exhibition of works presenting, apart from paintings, his drawings, sketch-books and sculptures.

The exhibition forms an attempt to illustrate the model character of Albrecht Schnider‘s art and aims to show that artistic thinking can produce a contemporary analogy to the sciences without employing new media.

The show starts with a painting from 1997. In several, upright and iridescent forms, it hints at the topic of landscape which is then expounded in the main exhibition room overseeing the park in a total installation in front of tinted walls. The viewer is confronted with the ambiguity of painterly forms which, in Schnider‘s case, grow out of the line and develop a strong spatiality “at the event horizon” through mirror imaging, vacuity and plentitude as well as positive-negative effects. In the rooms on the upper level, intense dialogues are instigated between drawing, sculpture, sketch-books and painting.

The title “At the event horizon” points to Schnider‘s marked philosophical-scientific interest and refers to the bounds of perception. In the theory of general relativity, an event horizon is the boundary of information and contexts which derive from the structure of space-time and the laws of physics in relation to the speed of light. Schnider‘s work begins where the physical-visual spectrum ends. He acts from the conviction that perception does not come to an end with intellectual calculations and physically measurable spatiotemporal contexts but that art and human intuition can render energies visible and works on the threshold of the “event horizon” where time and space cease to be. This approach places Schnider in the tradition of the “Écriture Automatique” of the painter André Masson and Hans Arp‘s, Hans Uhlmann’s or Norbert Kricke’s idea of a poetic sculpture that is guided by the forces of nature. The search for the sources of a new imagery, which translate the impalpable into the visible here and now, is his concern.

Apart from spontaneous freehand drawing, which is fundamental to all of his works whatever their medium, Schnider has expanded for more than ten years his basic research into the three-dimensionality of sculpture.

His sculptures are carefully built up from wire, wood, plastic, chewing gum and ready-mades which are at hand in his studio. These works, mostly shown in public for the first time here, are to be understood as spatial drawings which find their definitive form only in painting. Earlier this year, Kunstmuseum Solothurn were the first to show a selection of his drawings, sketch-books and sculptures in an exhibition. At Haus am Waldsee, this thread is taken up and woven through a number of paintings into a first survey of the works Albrecht Schnider has created in Berlin since 1995.