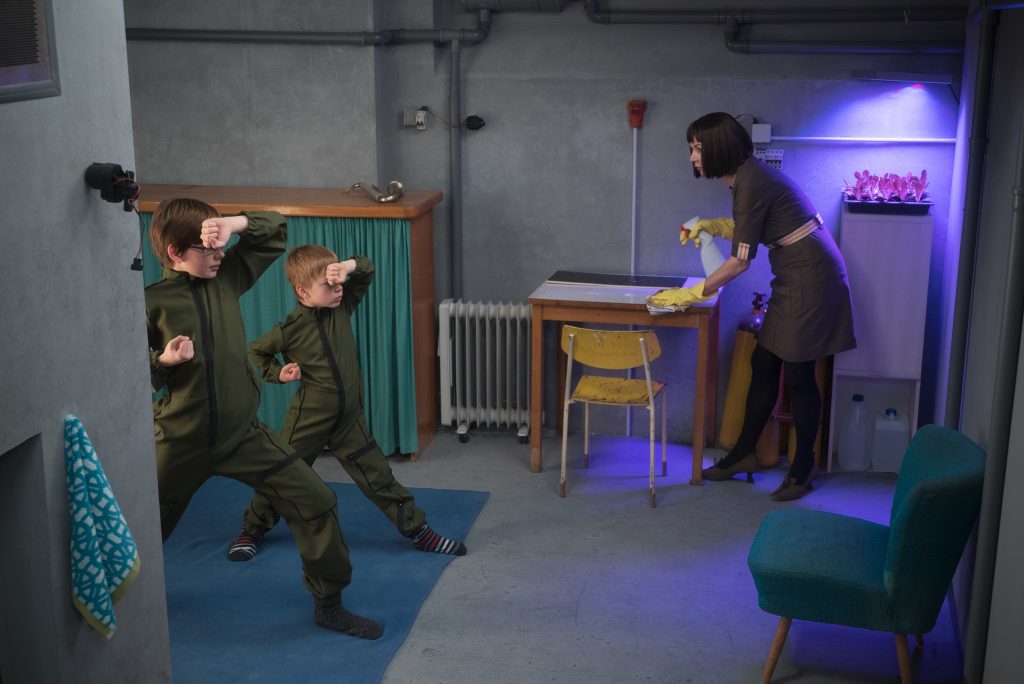 The video work Bunker provides an insight into the strictly structured everyday life of an isolated family with father, mother and two children. Only through extreme hygiene and absolutely regimented behaviour does it seem possible to maintain control in a confined space. Conversation is held in Latin. They listen to classical music. What the Munich artist Veronika Veit (*1968) brings to the fore in 2017 is the increasingly lived dream of individuality and self-determination, which in some parts of society strives for a separation from the majority. Veit takes this neoliberal desire ad absurdum. She shows that this attitude ultimately leads to appalling social isolation.

In the meantime, reality has caught up with the utopia of art through the Corona crisis. In 2020, we became acutely aware of how quickly community can tip over into isolation. Signs that four years ago could still be read as criticism of an affluent society have turned into inner and outer distress during the pandemic. While Veit wanted to stir up and provoke, her work reflects extreme situations under the conditions of the recent past, ranging from everyday life in a bunker during the World War II to life under pandemic conditions. Will the sense of community that is essential for survival cease afterwards?

The work Bunker was originally closely related to its first venue on the grounds of the Munich Gasteig. During the World War II, the deep bunker LSB12 was located here, and next to today’s concert hall, the Munich Bürgerbräukeller. This is where the Hitler putsch took place in 1923 and the attempted assassination by Georg Elsner in 1939.