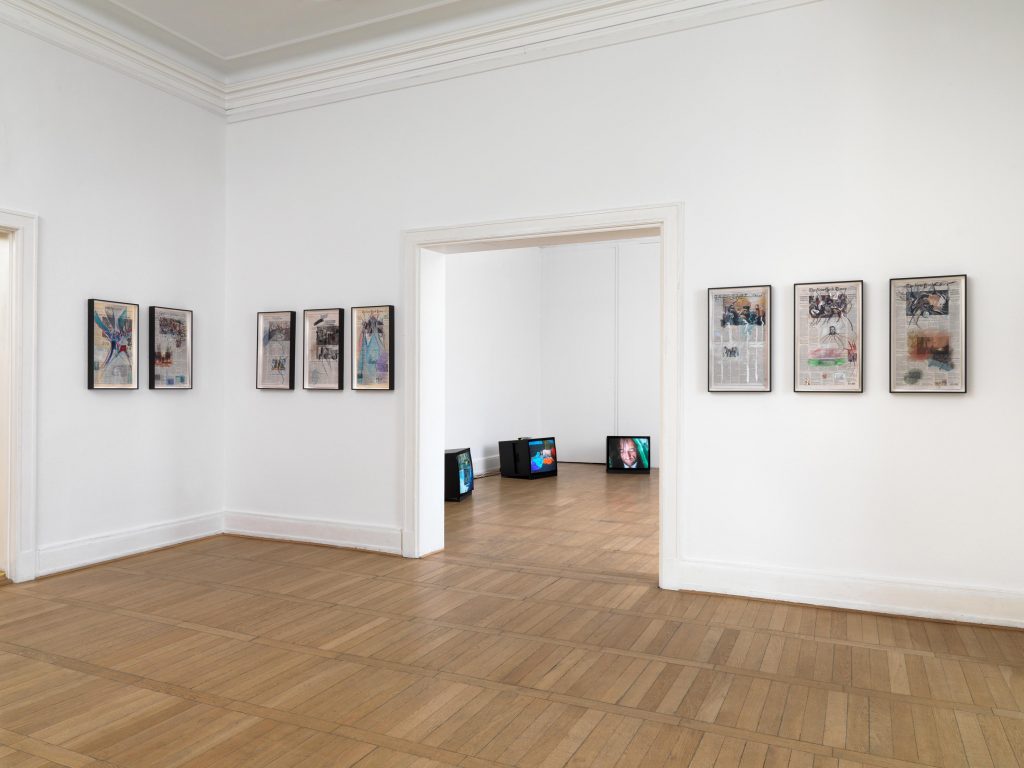 Under the title “Downtown” Haus am Waldsee presents the artist Erik Schmidt (b. 1968 in Herford) in his first institutional solo exhibition in Berlin.

Erik Schmidt‘s work deals with the observation of symbolic processes within various social subsystems. Clichés, stereotypes, codes, rituals, norms, patterns, conventions or roles are of particular interest to him. He studies and experiences them in the context of various, socially marginalised groups, such as the occupy-movement, which Schmidt dissolves in a painterly manner from photographs into an infinite field of colour and forms. He sees workers on plantations in Israel as living under the same exotic conditions as tropical plants in the botanical gardens of countries outside the tropics. Not least, all the works speak of the artist himself, who still, at the dawn of the 21st century, considers himself to fulfil one of society‘s exceptional roles.

Schmidt works with drawing, painting and video performance. He uses photographs that he takes himself as the starting point of his works. The exhibition spans his early comic-style drawings, paintings of urban spaces from the early 2000s and the Occupy Wall Street movement in New York of 2011-2012. Moreover, Schmidt portrays two typical Occupy protesters in a video work, performing both of their parts. In each case Schmidt incorporates the existential subject-matter of his art by undergoing and suffering experiences he goes on to share with his contemporary audience by means of abstraction in painting, drawing and performance.

Erik Schmidt studied painting and illustration in Hamburg from 1992 to 1997. He continued his studies at the UdK in Berlin from 1998 to 2000. In 2002 he received a stipend for a period of residence in Weimar. In 2006 he held a residency at La Cité Internationale des Arts in Paris. Since 2000 the Berlin-based artist has had international exhibitions. After various working visits to New York he was invited by Jan Hoet to hold a first major solo exhibition at Museum Marta Herford in 2007.

The exhibition presents Erik Schmidt in a Berlin institution for the first time. In the spring of 2013 the show will travel to Leopold Hoesch Museum in Düren, North Rhine-Westphalia. During the set up period of 10 September 2012 to 4 October 2012, the house is open to the public.

A catalogue accompanying the exhibition will be published in German and English with Verlag der Buchhandlung Walther König. Price: € 16.80

Supported by the Berlin Senate, the Council of Steglitz-Zehlendorf, Gembus Foundation and the Association of Friends and Supporters of Haus am Waldsee (a registered charity).