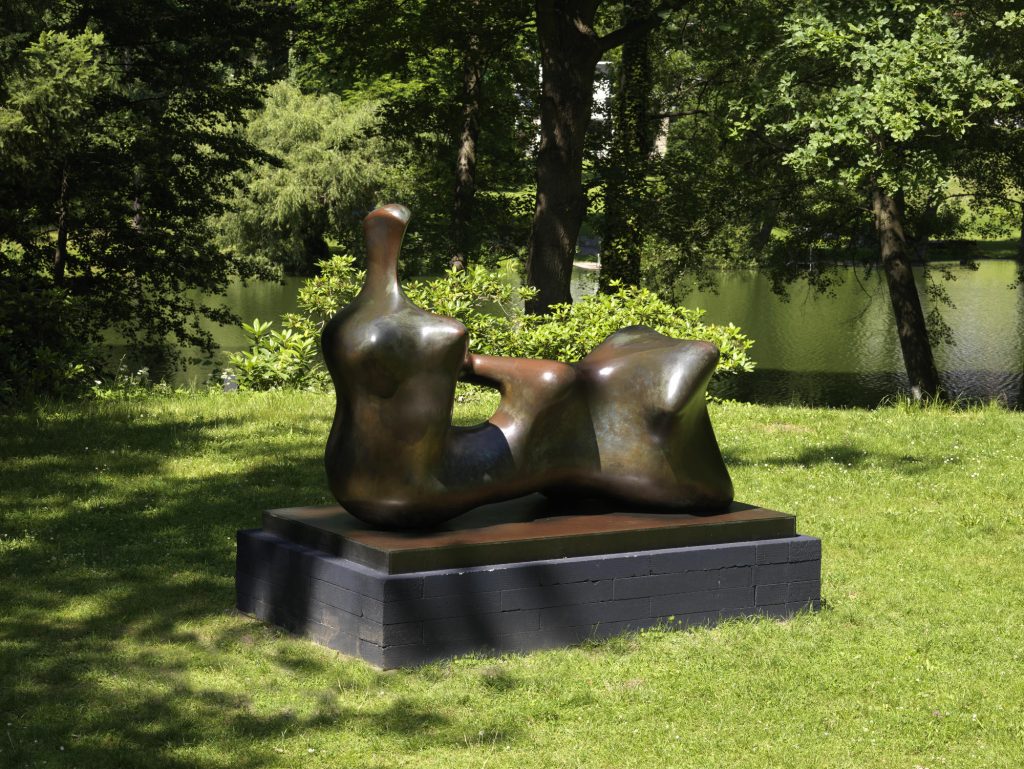 The Haus am Waldsee will be dedicating itself entirely to Henry Moore’s sculpture for the duration of the 2007 summer of documenta. Works by Great Britain’s greatest 20th century sculptor will be on display, marking a return to the site of his first solo exhibition of early works in Berlin, which took place in 1951. Under the patronage of Helmut Schmidt, the former Federal Chancellor, the Haus am Waldsee will be showing over eighty pieces which introduce the theme of landscape in Henry Moore’s later work. These pivotal works, in bronze and on paper, are shown to perfect advantage against the backdrop of the landscaped park leading down to the Waldsee lake.

Henry Moore enjoyed close ties with Berlin. Many of his bronzes were cast at Hermann Noack’s foundry. He also met with his pupil and colleague Brigitte Matschinsky-Denninghoff almost every time he visited the city. A new large-scale sculpture by Brigitte and Martin Matschinsky-Denninghoff, the husband-and-wife sculptural team, will be on display in the grounds of the Haus am Waldsee in homage to this connection. Henry Moore was born in 1898. His influence on European sculpture during the post-war modernist era was unprecedented, continuing until his death in 1986. German artists, in particular, have benefited enormously from this legacy.

A catalogue will be published by DuMont Publishers in German and English (ISBN 978-3-8321-7785-0). This exhibition is presented in cooperation with the Henry Moore Foundation and is curated by Anita Feldman Bennet and Dr. Katja Blomberg.

Under the patronage of former Federal Chancellor Helmut Schmidt

The exhibition is supported by Lotto Stiftung, Ernst von Siemens Kunststiftung, Krupp-Stiftung, Deutsche Bank, Rosenkranz / Megaplast, Tapetenagentur and by the Friends and Sponsors of the Haus am Waldsee e.V. Partner of this exhibition are Opelvillen Rüsselsheim, DuMont and Brandenburger Hof Tip Berlin, Kulturradio, Ströer, and AV-Tours are media partner.