How does the new enter the world? 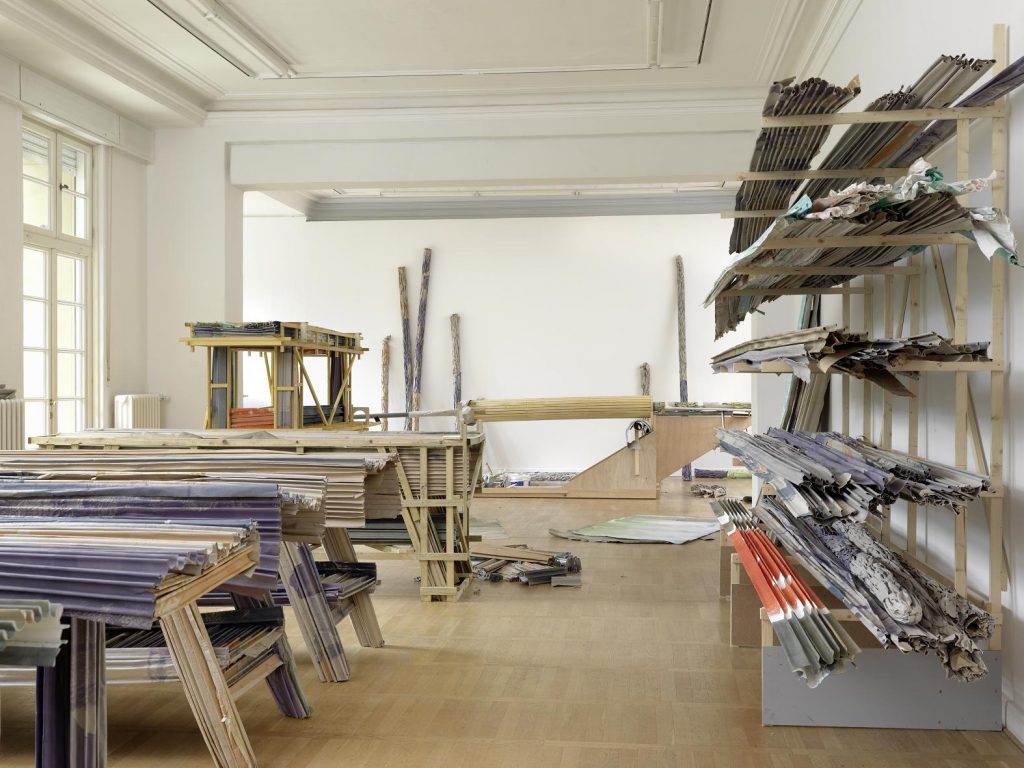 The exhibition brings together nine international sculptors, born after 1970 and working in Berlin, who address various perceptual situations within nature as well as the urban setting. Their installations and works trigger physical, chemical, biological or historical processes of transformation. What they have in common is that they deal with existing materials, with objects found in the world of consumerism, construction, and nature including: light and water, simple materials like paper, or the furniture of public space such as bus shelters or fences. Shifting contexts, rearrangement, transvaluation, or collision of elements alien to one another reveal aspects of the new in the sense of a shift in perspective.

The exhibition endeavours to confront the viewer with the innovative content on offer in contemporary sculpture. At the same time it relates strategies of artistic research to conventional scientific methods.

The rooms inside Haus am Waldsee will feature several objects and voluminous installations by the artists. On the outside, works will be seamlessly, yet discernibly integrated into the existing sculpture park. All ten artists exhibit at Haus am Waldsee for the first time.

With support from Lotto Stiftung Berlin, Bezirksamt Steglitz-Zehlendorf/Berlin and the friends of Hauses am Waldsee.