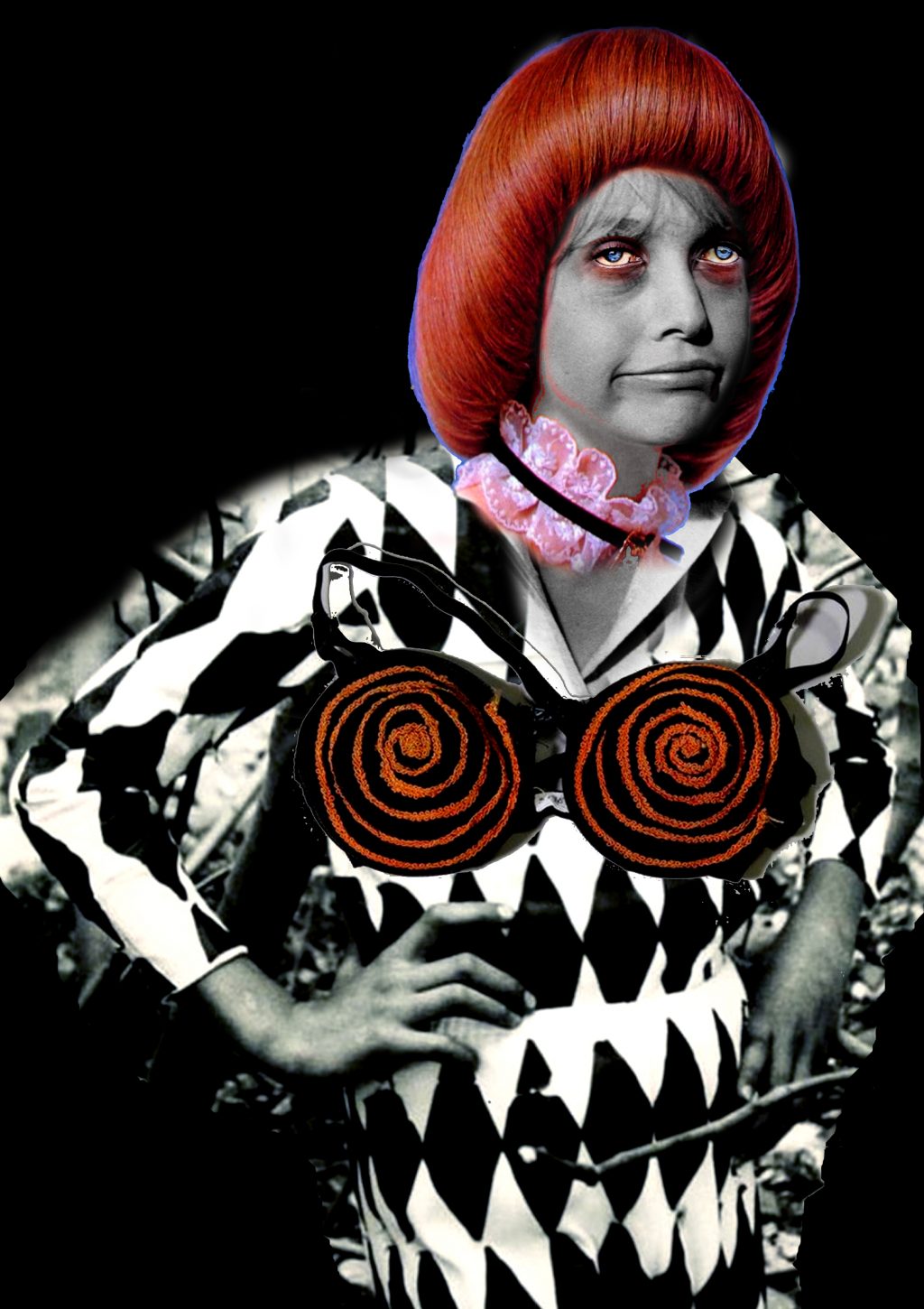 Female Remedy is the first institutional exhibition by Leila Hekmat (*1981 in Los Angeles, lives and works in Berlin) and invites the artist to develop her ambitious performative work for the specific environment of the Haus am Waldsee.

Female Remedy is a comedy of manners which ponders illness as a condition of the body as well as a state of mind. Haus am Waldsee is recast as Hospital Hekmat- complete with hospital beds, an operating theatre, a chapel and other various rooms for treatment. A surrealist portrait of a hospital for women, Female Remedy looks at illness as a gateway to self-discovery. The exhibition leads visitors through halls covered with curtains printed with digital collages and past beds that accommodate the house’s idiosyncratic characters. The presentation will be accompanied by the live performance Symptom Recital: Music for Wild Angels, which will be adapted into a sound installation for the exhibition space.

Leila Hekmat’s work critically examines the societal expectations towards women*. She consistently undermines supposed conventions of sex, gender and sexuality. In the tradition of the Theatre of the Absurd and the Commedia dell‘Arte, the artist develops performances in which elaborately handmade costumes and stage designs are used. Hekmat works in an interdisciplinary manner and develops a hybrid style of theatre, musical, comedy, visual arts, film and performance.

In the tradition of Jewish stand-up comedy, Hekmat’s new publication Female Remedy drips with self-deprecating humor. Visually, the magazine draws heavily on the traditions of 1970s feminist zines and introduces us to the cast of “Hospital Hekmat”: a group of women who reject all things conventional and use their status as “sick people” as an opportunity to fully indulge in their eccentric idiosyncrasies, far removed from social conventions. With contributions by Vaginal Davis and Diamond Stingily, German/English, 36 pages, 20 Euros.

The exhibition is funded by:

“As the lyrics of one song from Symptom Recital runs: ‘Avant, après’ – we are perhaps both before and after a time in which avant-garde principles could be reasonably instituted (without seeming insane). Instead, their reconjuring and restaging wedges a rib-tickling gap between the historical promise of liberatory art in the 20th century and its foregone futility in our own. By wearing the garb of the Avant Garde, cosplaying with its carcass, Hekmat appears at least to keep the possibility of its reappearance live.” Mimi Howard, Art Monthly, 11/2022