WE ARE OPEN AND ARE LOOKING FORWARD TO YOUR VISIT!
PLEASE FOLLOW OUR COVID-19 VISITOR GUIDELINES.

THE EXHIBITION CAN ONLY BE VISITED ON PRESENTATION OF A NEGATIVE TEST RESULT THAT IS NO MORE THAN 24 HOURS OLD.  FREE TEST CENTRES CAN BE FOUND HERE.

Tuesday to Sunday 11 am – 6 pm
fully accessible
Please follow our guidelines for a safe visit. 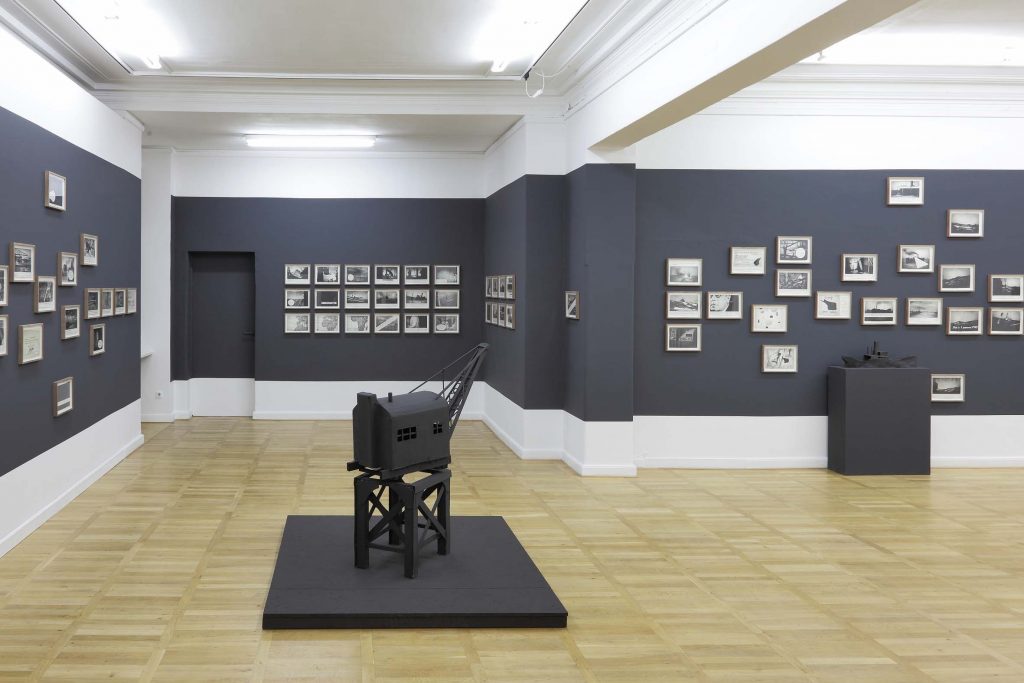 Haus am Waldsee is pleased to present van Eeden‘s first solo exhibition at a Berlin art institution. Apart from a completely new series, the exhibition “Schritte ins Reich der Kunst” for the first time unites all the important series of drawings from the last ten years as well as some recent sculptural works. The show provides an up-to-date survey of his oeuvre and thus connects parallel but disparate narrative strands.

Since the mid 1990s, the Dutch artist Marcel van Eeden (b. 1965, The Hague) tackles the idea of non-being. He connects this thought with memories of times before he was born. In the medium of drawing he explores a world which, for him, represents a terrain he has not experienced but which is nevertheless a safe place. Van Eeden brings to life a world beyond his existence on the basis of print media published exclusively before the year 1965. He examines the phenomenon of chronological reversal. Addressing the only safe grounds, memory, he seeks to approach the thought of his own absence, his own death. Wrapped in the cloak of narrative drawing, the question of the meaning of being and the source of bliss are being raised.

The copious image sequences recall comic strips and film noir. They interweave real biographies of celebrities with fiction, while not always relating image and text to one another. In doing so, they establish several narrative levels which occasionally incur an absurd tension as the differing contexts in which the image and text material is found clash. On the basis of antiquarian books, magazines, catalogues and newspapers, the artist reworks a time which has taken place without him – just as the time after his death will take place without him. The idea of absence spawns the reflection of the traces our existence leaves behind as well as the bliss this can mean. Is it not bliss to be born? Where does the construct of our lives‘ paths lead? What is reality?

Like no other artist on the contemporary scene, van Eeden has bestowed new currency on the medium of freehand drawing. The exhibition has been prepared in close cooperation with Kunstmuseum St. Gallen, Switzerland, where the show will travel in the spring of 2011.