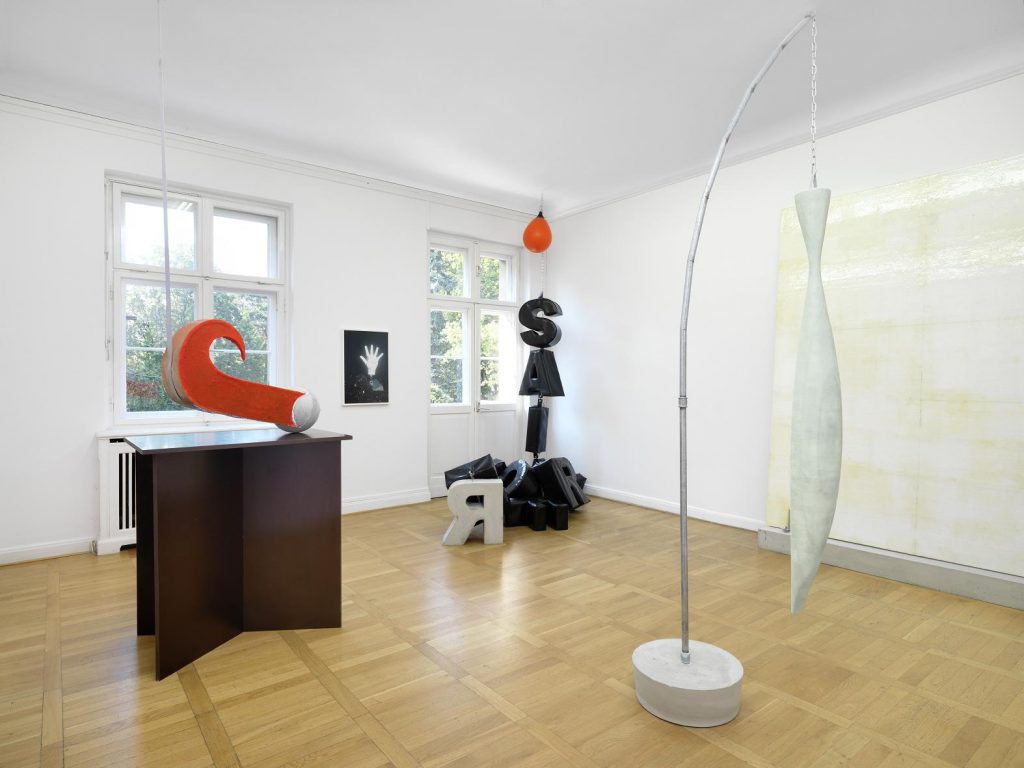 Sailstorfer has woven old police uniforms into carpets, has transformed a house into a sofa and recorded how a hut is incinerating itself in its own fireplace. The artist divests things of their original purpose, disassembling, deforming, adapting them to reframe and recompose them. The results are powerful installations that render visible, most of all, the transformational potential of our immediate everyday surroundings.

He presents these objects either physically in the exhibition space or in the form of processual-performative video works. The artist employs strategies of inversion and reinterpretation, taking up functions, thinking them through to the end, reducing them to absurdity. Thus he creates new and surprising identities.

In 2001 Sailstorfer purchased a number of disused bus shelters in his native Lower Bavaria and reworked them into habitable bedsits. Under the title “Wohnen mit Verkehrsanbindung” (living with transport connection) the five-piece work lets us rethink the concepts of waiting, time, space, habitation, and being on the road. In 2010 one of these bus shelters has taken residence in the sculpture park of Haus am Waldsee: “Wohnen mit Verkehrsanbindung (Großkatzbach)”.

With his underwater sculptures of 2007 the artist has gone on a foray into the silent, seemingly weightless subaqueous world, installing seminal works of 20th century sculpture like finds from a sunken ship. Their unusual placement alone turns these objects into carriers of emotions, which surprise us and make us rethink the presentation and conservation of artworks in the museum space.

Sailstorfer likes to push his works, in a slapstick kind of way, to the point of absurdity. He invariably questions our relations to things in our surroundings we take for granted. Under the artist’s imagination they unfold surprising new aspects that not only make us smirk but encourages us to rethink them and take our thinking a step further.

The exhibition at Haus am Waldsee will feature works from the past 10 years, which have rarely, and in some cases never, been shown before. Among them is a constellation with an electric drill from 2013, in which the drill-heads in the form of miniaturised popular sculptures like the Statue of Liberty are being driven through the wall from one exhibition room to the next.

During the process of drilling the resistance of the wall changes the shape of the small sculpture. The wall is charged with almost 70 years worth of presentations of eminent artists. Site and process provide, as it were, the finishing touch to the sculpture. At the same time, a minor alteration is made to the “genome” of art history. Not least, the work illustrates a difficult birthing process as a metaphor for artistic practice. While the Arte Povera artist Giuseppe Penone had the bark of a tree removed, Sailstorfer, inversely, takes a world-famous artefact, the Statue of Liberty, and drives it through the wall, challenging its acknowledged artistic beauty.

Sailstorfer frequently refers to recent and older art history in his works. Against this background he has created an important œuvre since the early years of this century, which is recognised on the international stage and marks an independent position within the contemporary discourse on sculpture.

Supported by the council of Steglitz-Zehlendorf of Berlin; additional funding by the Governing Mayor of Berlin – Senatorial Office – Cultural Affairs; the association Friends and Supporters of Haus am Waldsee e.V.