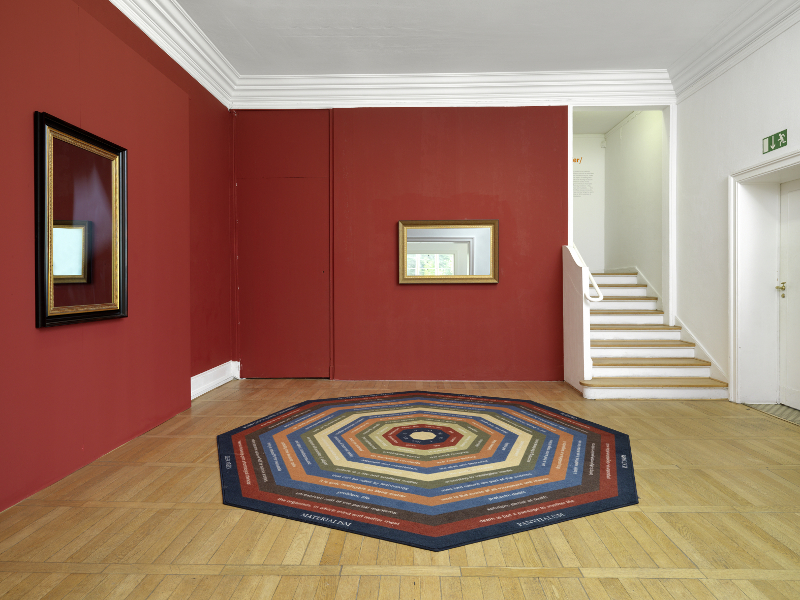 Through the mirror of contemporary art

“Entweder / Oder” (Either /Or) is a major international group exhibition on the occasion of Søren Kierkegaard’s (1813 – 1855) bicentenary. The ideas of the Danish philosopher and theologian will be reflected through the prism of contemporary art at Haus am Waldsee in the summer of 2013. The exhibition explicitly refers to the seminal work “Either/Or,” which the thirty-year-old Kierkegaard wrote between 1841 and 1843 in Berlin.

Kierkegaard challenges existential questions such as love and death but also the choice between and rationalism. His motto is: “Do it or don‘t do it, you will regret it either way.” In the light of 21st century multitudinous options and fragmented perceptions these thoughts resonate more than the philosopher could have anticipated.

In his opus Kierkegaard distinguishes two personalities and their respective devotedness to life: the “aesthete” (A) and the “ethicist” (B). The aesthete is an entertainment-driven hedonist, who bases his choices on intuition and his senses while approaching life sensually, playfully, teasingly. The ethicist, however, chooses according to well-defined principles. Moral convictions, education, political commitment and conventions are of crucial importance to him. His actions are guided by an attitude to life founded on deliberation and rationality. In the course of the book Kierkegaard shows which considerations and experiences are essential to the individual in order to make some personal progress towards truth. In this sense he conceives of truth as something that can be discovered by everyone.  According to him, everybody will be confronted by existential questions at some stage in their lives, spurring them into a search for true values on which to base their existential decisions.

The exhibition “Either / Or” presents situations of choice in Kierkegaard‘s sense of the term. The first part of the show displays works, which focus on the aesthetic-hedonistic aspect of life, while the second part concentrates on a rather ethical-purposeful outlook in contemporary art such as a reflected attitude towards charity.

The group of aesthetes of part 1 loves form, material, colour, visualisation, sensation, seduction, irony, playfulness and adventure. The ethicist of part 2 appreciates rationality, substance, clarity, consistency, empathy, repetition, political commitment and loyalty. While members of the first group, such as Birgit Brenner or Tal R, consider aesthetic values in life to be the motor of their artistic practice, the artists of the second group explore empathetic-ethic foundations as conditions of living. Here, artists like Kerry Tribe or Renzo Martens investigate social behaviour and belief-systems.

The show is part of the international Kierkegaard year and is developed in close collaboration with the festival “200 years of Søren Kierkegaard” taking place in Denmark and abroad as well as with Kunsthallen Nikolaj in Copenhagen, where the exhibition will be shown from 16 March to 19 May, 2013. A catalogue in German and Danish, edited by Katja Blomberg, will be published with Verlag der Buchhandlung Walther König.

Curated by the Danish art historian and Berlin resident Solvej Helweg Ovesen under the direction of Katja Blomberg.