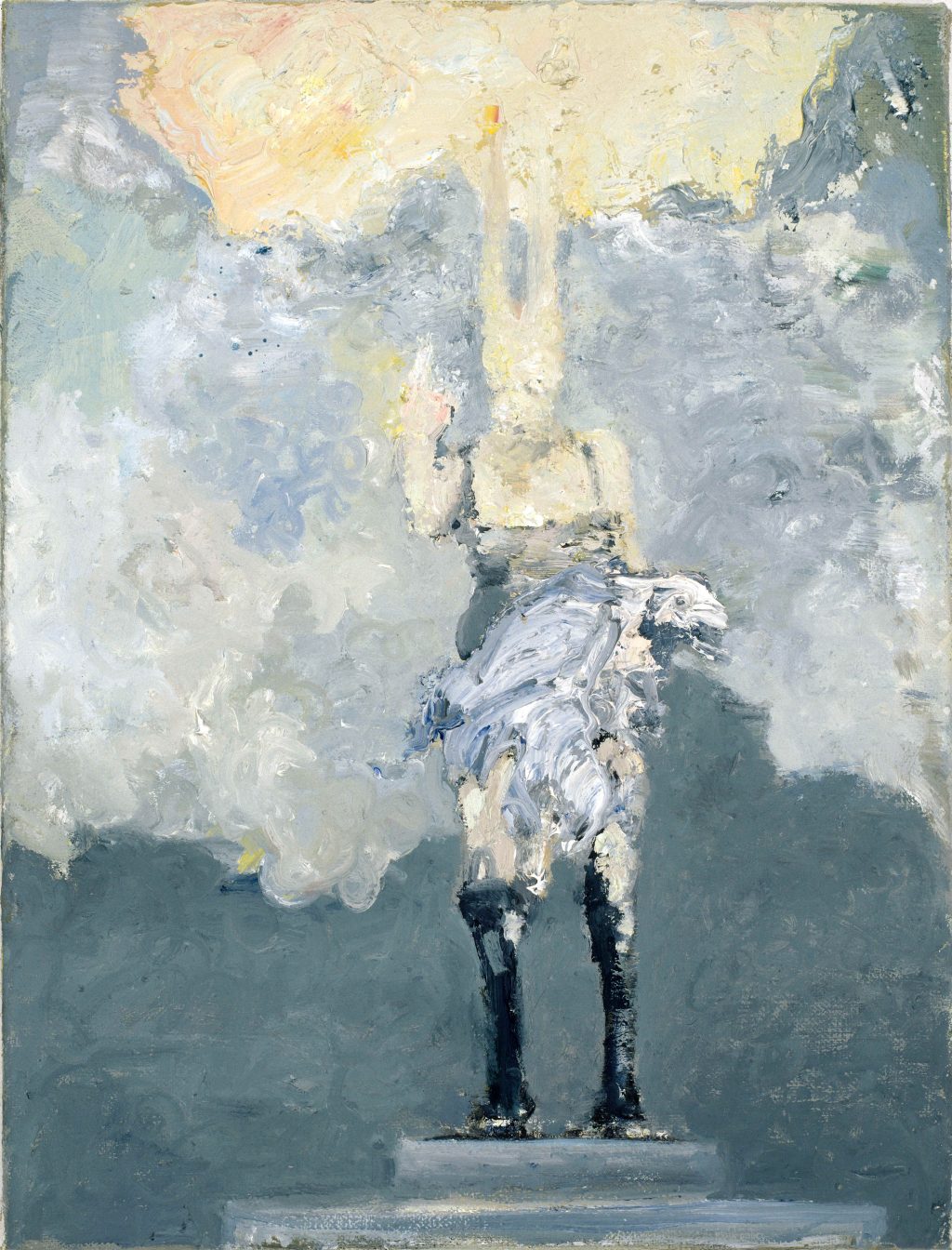 The Haus am Waldsee is the first art centre in Berlin to stage a solo exhibition by the French-Swiss artist Valérie Favre.

Valérie Favre’s intensive paintings and drawings take up fantastic archetypes as handed down within the sphere of the Grimm fairy tales. The artist, who was born in 1959 in Switzerland, made her name in Paris and now lives in Berlin, reflects on the production of images in the present from this perspective. The exhibition features three major paintings from the cycle entitled “The Third Brother Grimm”. In these paintings, chimeras and centaurs, half-horse, half-man, peek out from the edges of enchanted forests. Conspiratorially, they counter the observer’s gaze, as if eavesdropping, shyly. Recipients who refuse to participate, not allowing themselves to be drawn into this enigmatically emotional world of suspicion, yearning and fear, become disruptive intruders.

Favre regards her painting media and the composition of the pictures as equal players, perfectly complementing the objects and protagonists she invents, in an approach which is devoid of all hierarchy. Even though she forgoes the full-blown formulation of her narratives, her paintings develop an independent undercurrent of fantastic, sexual and criminal energies. Favre channels these energies by including them in serial contexts. Some of these series of images are presented in their entirety and in context for the first time in the exhibition catalogue compiled for “The Third Brother Grimm” in the Haus am Waldsee, such as the series of dismembered “Lapines” as alter ego and portrait of the artist and the monumental triptychs whose subject is the world of mythological beings, ”Parking“, “James Blonde“ and “Suggestion“. Other images include paintings which appear to originate from the realm of the third Brother Grimm, the enfant terrible of the famous family, who published his own texts under various pseudonyms and died a lonely death in Wolfenbüttel in 1845.

The “Cars in the Night” series is directly inspired by David Lynch’s fantastically eccentric film, “Mulholland Drive”, while “Balls and Tunnels“ concerns the sexual connotations which underlie the creation of images. Her fictive self-portraits as the ”Lapine Univers” show the artist as a twolegged female hare, ironic, ambivalent, ready for sexual reproduction, yet simultaneously damaged. Valérie Favre’s visual worlds are reminiscent of forerunners from Goya to Polke, Warhol to Caspar David Friedrich, yet are, nevertheless, wreathed in their own mystery. Her images emit a sensual power which grants them a unique status in the continuum of contemporary painting.

A catalogue will be published by Revolver Verlag.

This exhibition is part of ART FRANCE BERLIN.