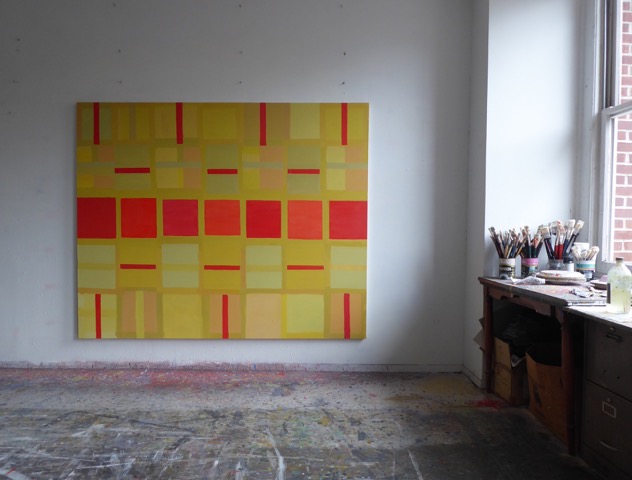 We asked artists around the world, who are close to Haus am Waldsee through exhibitions, what their situation is like at the moment.

The German painter Bettina Blohm (*1961) studied at the Munich Art Academy in the early 1980s and has lived and worked in New York since 1984. Since 2008 she has maintained a second studio in Berlin. She has exhibited at Haus am Waldsee, Bikini Berlin 2018.

It is interesting how the feeling for time has changed. “Time Slippage”, a friend recently wrote. Plans are postponed, but waiting is difficult and the days are blurring. I get up, go to the studio – most days I can work for a while before my hunger for good news draws me to the computer. Today is Memorial Day, the unofficial beginning of summer. For the first time, fewer than 100 deaths per day are reported in New York City. Above all, the poor, the Blacks and the Latin Americans are dying, once again all cards are mixed against them. Officially everything is still closed, but in front of some restaurants small crowds of people are forming, there is not only takeaway food but also drinks.

Is my painting changing? At the beginning of the crisis there was an impulse to paint everything over with black but I force myself to concentrate, I have to set something against this difficult time. Two new paintings are finished, I turn them to the wall and start a new one. I can’t show them to anyone, but every now and then I post one on Instagram. I am bored by the many virtual studio visits that are now appearing on the Internet. You have to experience a work of art physically in a space, be able to follow the hand, experience its aura. But I listen to old interviews with artists that interest me: Lee Krasner speaks wonderfully articulated, Robert Rauschenberg slowly and confidently, Alice Neel with wit and stunning honesty. Susan Rothenberg died this week, her abstract horse pictures from the 70s were a great inspiration for me.

This isolation is becoming more and more unbearable. Human closeness, being so important in difficult times, has given way to fear of the other. I notice how I am sliding into a depression from which, fortunately, a German friend saves me, who picks me up for a weekend in Connecticut. There we go for a walk on the beach, smell the ocean, look far into the great expanse.

They say that New York has weathered the worst. Every day, our governor gives a press conference. He has become something of a hero, honest, human, an opponent to Trump. Every day, he wages a small war with our president, for financial aid, for test kits, for the clarification of lies.

I am happy to be here, part of the city. Somehow one settles into these ever same days, finds a rhythm, ignores the worry about infection. At 7 pm the windows are opened, clapping, honking and screeching from all sides. Some things are reminiscent of the 80s, when the city was still cheap and empty. Perhaps some of the people who have so quickly fled to the country will not come back. The first galleries are giving up. There will be a huge wave of bankruptcies, poverty and despair. But first, we must continue to live day by day, at least until mid-May everything remains closed.

My work is moving at a snail’s pace, but at least I can work. I usually paint with a lot of trial and error, often wiping entire passages away. But after the hardware stores have closed, I’m careful not to use so much turpentine. In general, I have decided not to put any pressure on myself, so I float through the days with a certain laziness. I read a lot, once again Sebald, whose descriptions fit wonderfully into the current mood.

I have never experienced spring so intensely. On my long walks, I crave the sea of ​​flowers, the optimism of nature, forever to start all over again. Only the joggers are annoying, who run panting past you, without a mask or keeping a distance. But even they seem to become more peaceful, the frenetic activity, the eternal self-improvement are easing. No advertising in the mailbox, no spam phone calls. The intense feeling of being at the threshold of a new era.

For three weeks now, I haven’t met anyone, all my communication is via email or phone. I am used to being alone, but this has taken on a whole new dimension. In the beginning there were countless phone calls “How are you, are you in New York?” – that is now becoming rarer. The events have left us speechless and our conversations turn in circles. We don’t experience anything anyway. My outside contacts are reduced to quick shopping and long walks. Fortunately, the parks are still open. In the first week one could still feel a certain lightness outside: a break from life to catch one’s breath, spending more time with the children. That has given way to grim stubbornness.

Loneliness, and especially boredom can be very good for creativity, but it is difficult to clear one’s head. I try to keep to my work rhythm and spend a lot of time in the studio. But for painting you need courage, the courage to try something new, to indulge in the unknown or even to wipe everything away. And I miss the conversation about art. The other day I talked to an artist friend on the phone about how to mix a certain green. We emailed the colors. That was the best conversation of the week. After struggling against social media for years, I am now posting on Instagram.

I don’t have to repeat the terrible news from New York, in my area in Downtown Manhattan I don’t notice much of the rage of the virus. Above all, it is quiet, a lot of people are now wearing masks, making wide circles around each other. I don’t hear any ambulances. In front of Whole Foods there is always a long line with wide spacing, they only let a few people into the shop. Almost all of my neighbors in the building are still there, I do not hear anyone, it is as if the house was deserted. We assure ourselves via email and sometimes shop for the older ones. The teenagers smoke marijuana in the basement. 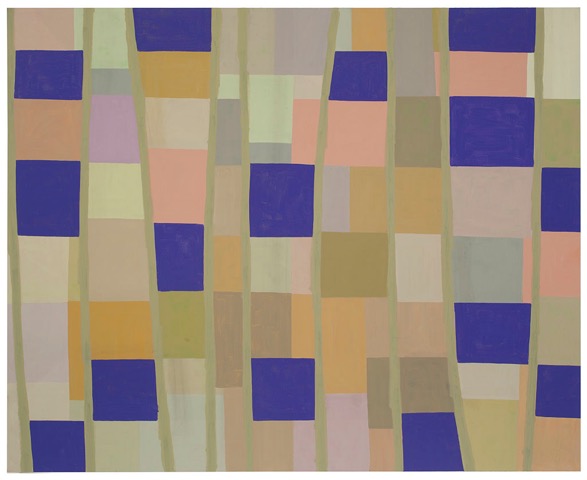 The virus hit America completely unprepared. Although we have been following the events in China and then Europe for weeks, our president believed himself invulnerable, and thus of course the whole country. In a few days everything has now closed down, schools, galleries, museums, restaurants, bars. If possible, people are working from home. There is hoarding, first there was no pasta, then the canned beans were gone and now most of the durable food is sold out. In order to get hold of toilet paper, you have to be a little more clever and find out the delivery times of the respective shops. Even then there is only one package per person. At Amazon you could buy a pack for $40 yesterday.

New York, this loud, lively city is quiet. Not as quiet as it is at Christmas or Thanksgiving. People walk as if in a trance, waving to each other from a safe distance. In the days after the September 11th attack, people moved together – now they look at each other suspiciously, “how close can I get to my neighbor, ride in the same elevator with her”? But the dogs have to be walked and as the weather was springlike in the last days, many people flocked to the parks and to the Hudson River. The warning of our mayor that we should prepare for “shelter in place” sent shock waves through the lonely apartments. Those who have been able to, have long since moved to the country or the Hamptons.

I’m very lucky to be used to being alone. My studio is at my place. So my real life hasn’t changed much. By chance I had just ordered new canvases and paints and I am “provided” for. Instead of meeting people in the evening or looking at exhibitions, I now talk on the phone. Most of the people I know don’t want to see anybody except their smallest family. But it is hard to concentrate, the future is dark. Will New York survive this? The art world? My next exhibition in Berlin has been postponed, my planned trip anyway. I thought about leaving for a while, but would I come back then? Will we perhaps return to old values, get some rest? We say to ourselves: at least nature profits, it can recover a little.

But on no account get sick, because there are no test kits, no protective masks, no respirators, no hospital beds. 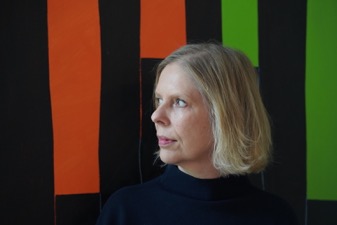