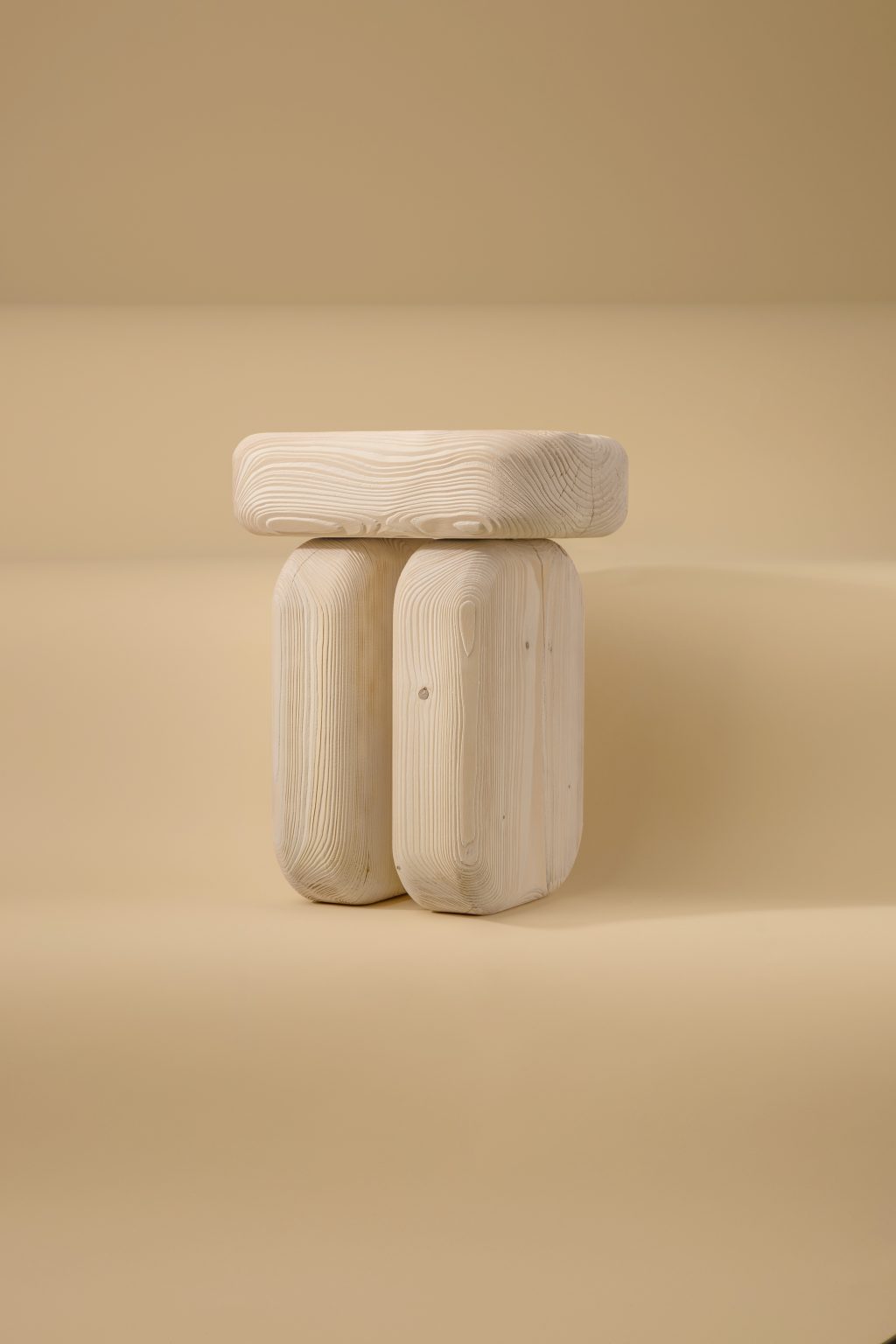 In the current exhibition “New Normals”, industrial designer Konstantin Grcic creates constellations from his designed objects and everyday materials that awaken the viewers’ own ideas of possible future perspectives. We want to further explore how diverse future-oriented design can look like by presenting various designers’ approaches and visions in this digital series.

Anne-Sophie Oberkrome and Lisa Ertel visualise thoughts on phenomena of our time in their work, led by observations in their immediate surroundings that manifest in everyday objects and architecture. Influenced by the current genius loci, they realise projects which are situated at the interplay between analogue and digital space as well as culture and nature.  In addition to their work as a studio, they try out new design rituals as a collective. The self-initiated projects benefit from interdisciplinary exchange and the complementary skills and perspectives on diverse themes.

On 7 May 2022, a design symposium with Konstantin Grcic, Johanna Seelemann and Studio Œ will take place at the Haus am Waldsee on the topic “Practising Design. How does relevant design emerge today?” The event is hosted by the curators of the exhibition, Anna Himmelsbach and Ludwig Engel.

Which standards influence a design concept? In addition to formative standards established by industry and anchored in manufacturing techniques, materials and semi-finished products, working conditions, social and economic structures further define the parameters. Is the design object in this universal system thus a conglomerate of standardised compromises, the materialised lowest common denominator? Which systematic standards need to be questioned in current and future-oriented design? How do we adapt the general framework to enable a contemporary design process which is able to respond more dynamically and freely towards new needs?

Our lamp Norman is an homage to the norm, it adheres to said industrial standards with its material thickness, radii and DINs. Formal techniques such as galvanising are familiar to us in urban spaces as part of the architecture and infrastructure that surrounds us. In a housing environment, however, Norman stands out and shows that supposed normality is relative and that normal can be special in a different context.

Karlsruhe was a huge construction site throughout our studies as a new underground network was being built in the city centre. Raw building material, which was everywhere and reassembled daily, as well as the dynamic infrastructure, had a constant influence on our work. Norman, Grip and Chantier Chandelier are examples of how construction site typologies have found their way into the domestic. 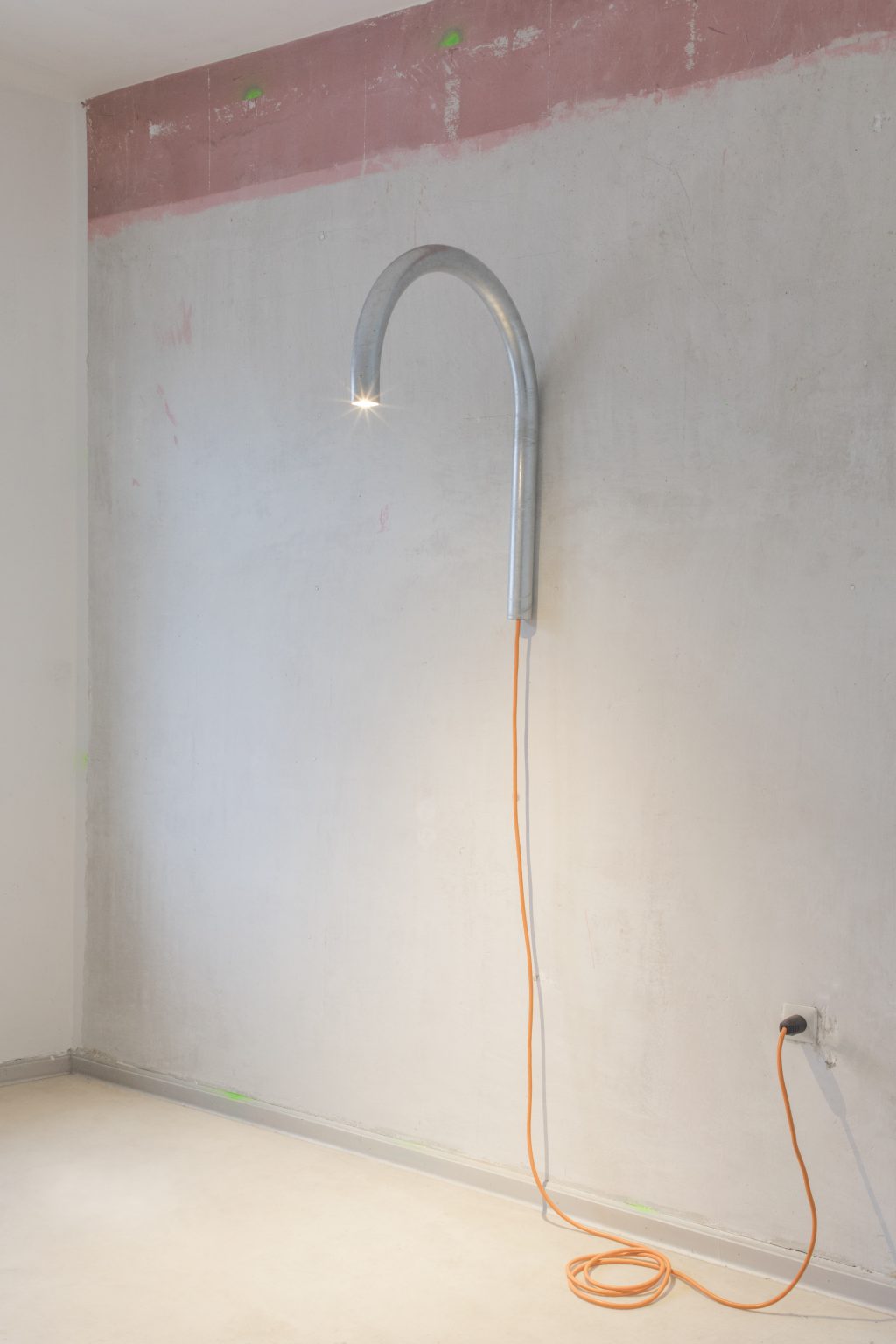 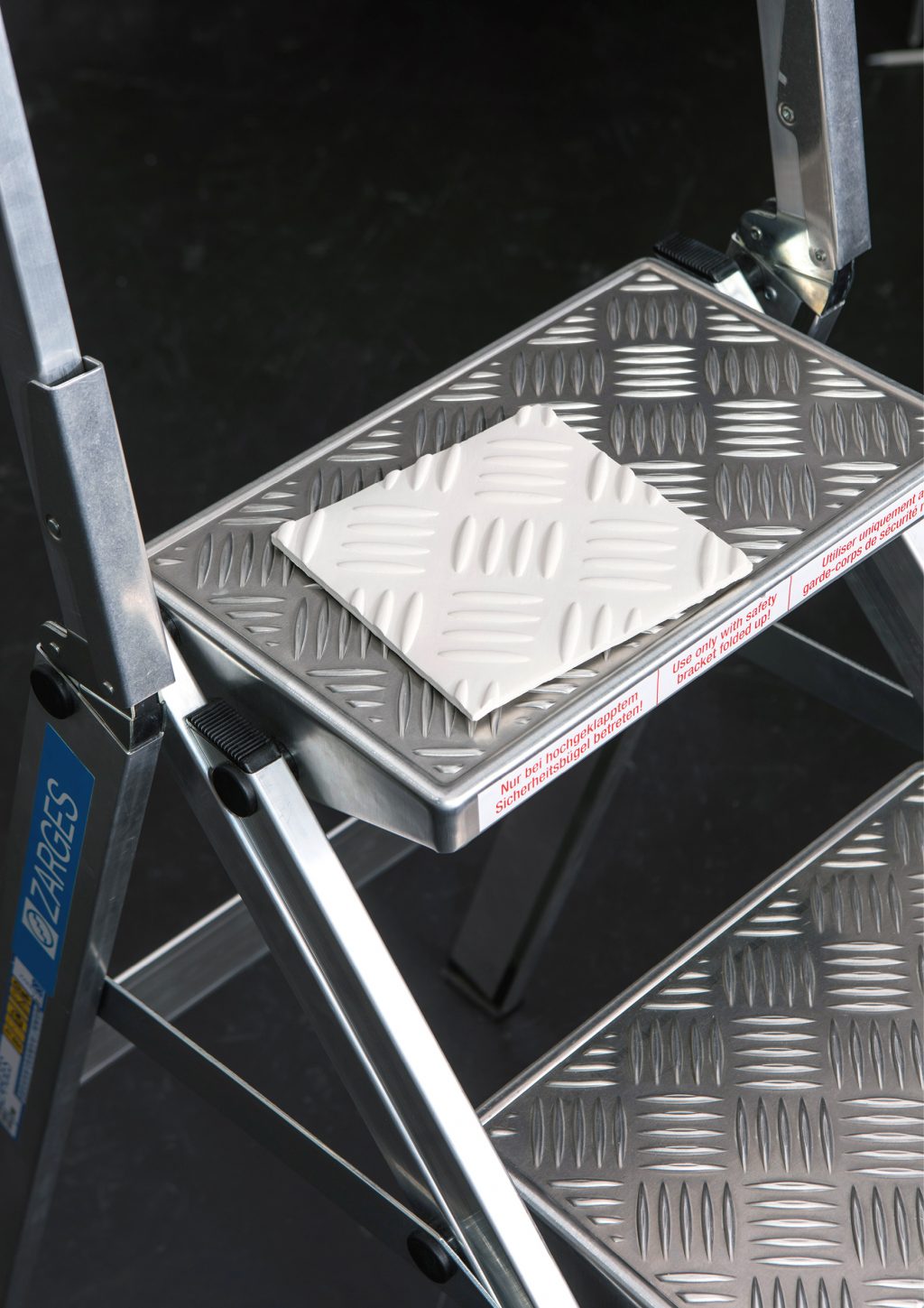 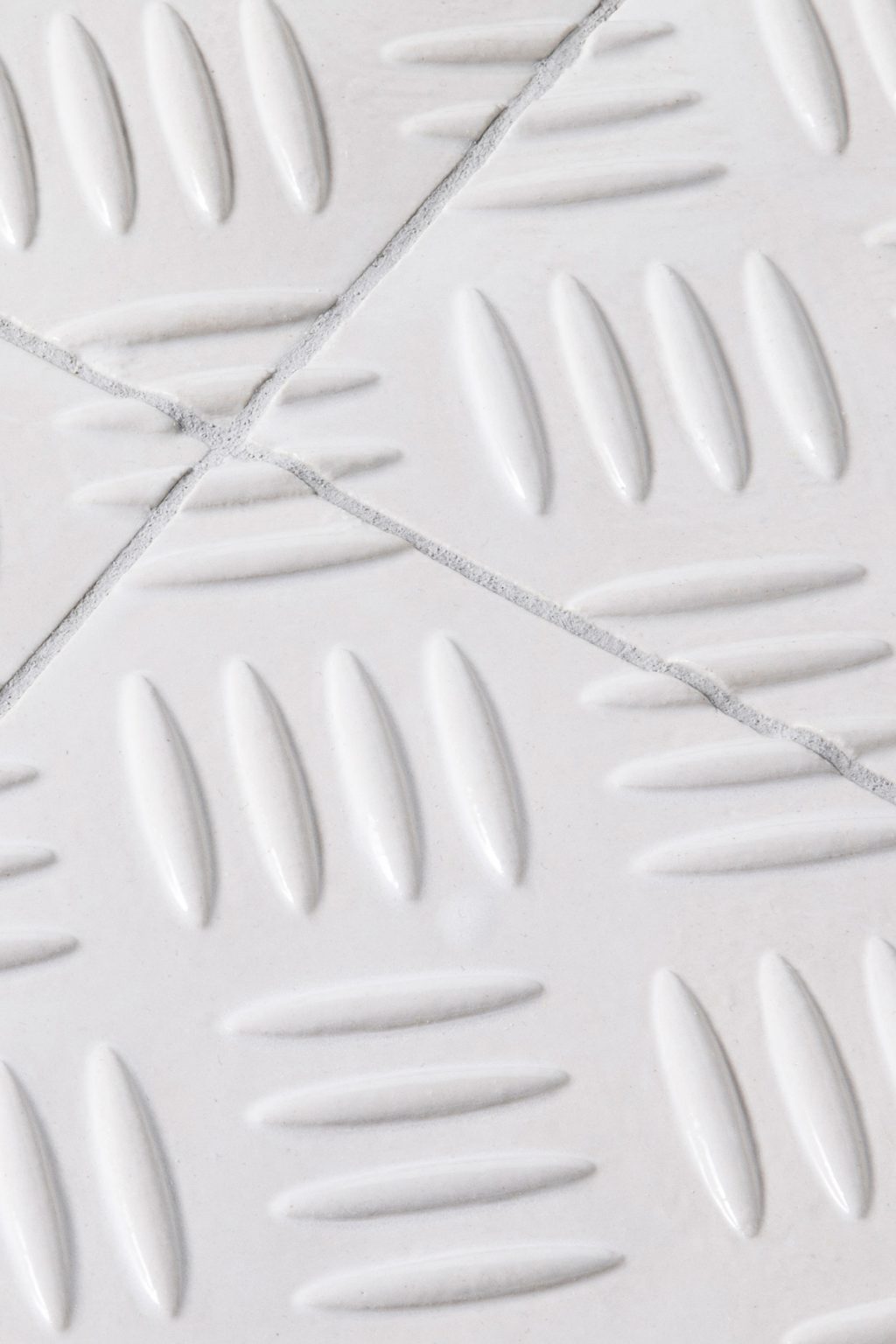 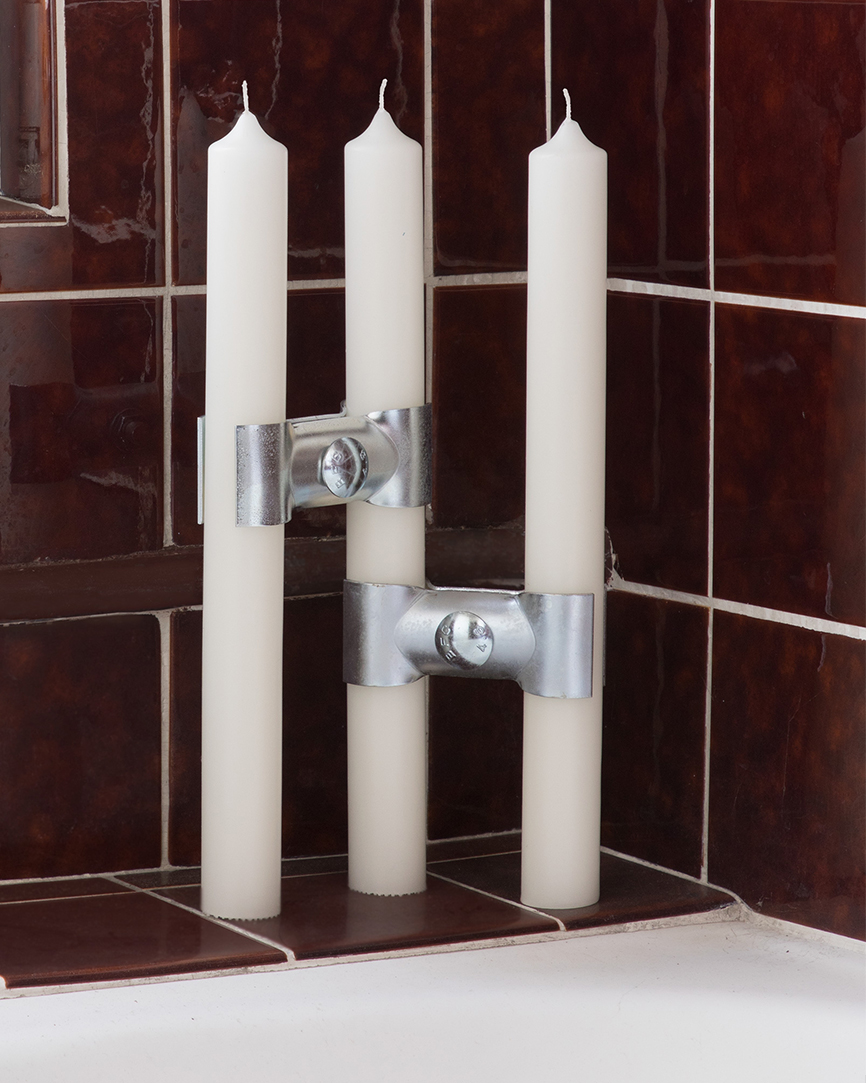 The associative observation of everyday situations in the immediate environment is an important source of inspiration for our self-initiated projects and the starting point for research and an investigative design process. The translation into functional objects allows gestures, materials and processing techniques which have become invisible to be made visible and perceptible.

The Dune collection is inspired by so-called “Ruhsteine” (resting stones), stone benches built in the 16th century in southern Germany and France. Placed along connecting roads between two trading places, the benches offered traders and farmers a place to rest and set down heavy goods for a while. Many of these still stand by the wayside today. The patina formed by weather and time tells the story of each of these benches and makes them camouflage with their surroundings. In the Dune collection, natural erosion is imitated and accelerated by the sandblasting technique applied to wood. The soft early wood is removed, while the hard wood, grown during the cold season, remains sublime. The individual biography of the wood thus becomes literally tangible.

Attributions such as value and symbolism come into play in our projects as a form of non-verbal communication in addition to material-specific processing methods which emphasise and challenge the individual qualities of a material.

One material that has survived for centuries and has not lost its value and symbolic character is marble. During the Roman Empire, it had been reserved for paying homage to rulers and gods and traditionally reflected power and status. As part of the Many-to-Many collective, we realised a self-initiated exhibition in Cologne that explored the cultural history of the city in early 2022. Agrippina the Younger, founder of Cologne, was often immortalised sitting on a Klismos throne in marble. However, many of these statues had been destroyed at the request of her son Nero. The fate of Agrippina, who was denounced by male historians as a bloodthirsty ruler, raises questions about the predominantly male writing of history. What is truth, what is mirage or propaganda? These questions take shape in the seating object Pina – Corian®, an industrially manufactured mineral material that looks and feels almost like natural stone but has contrary properties, is combined with marble. 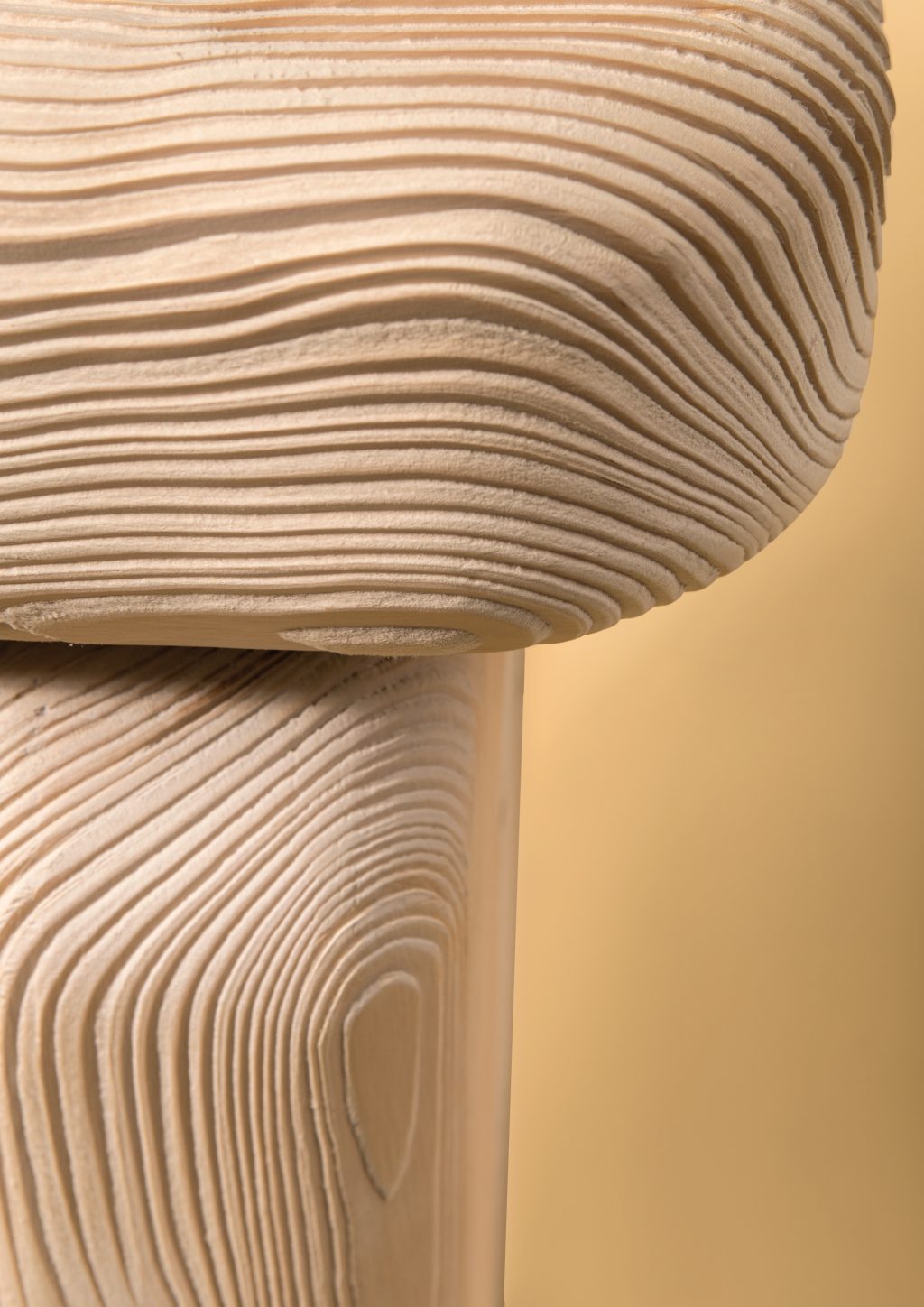 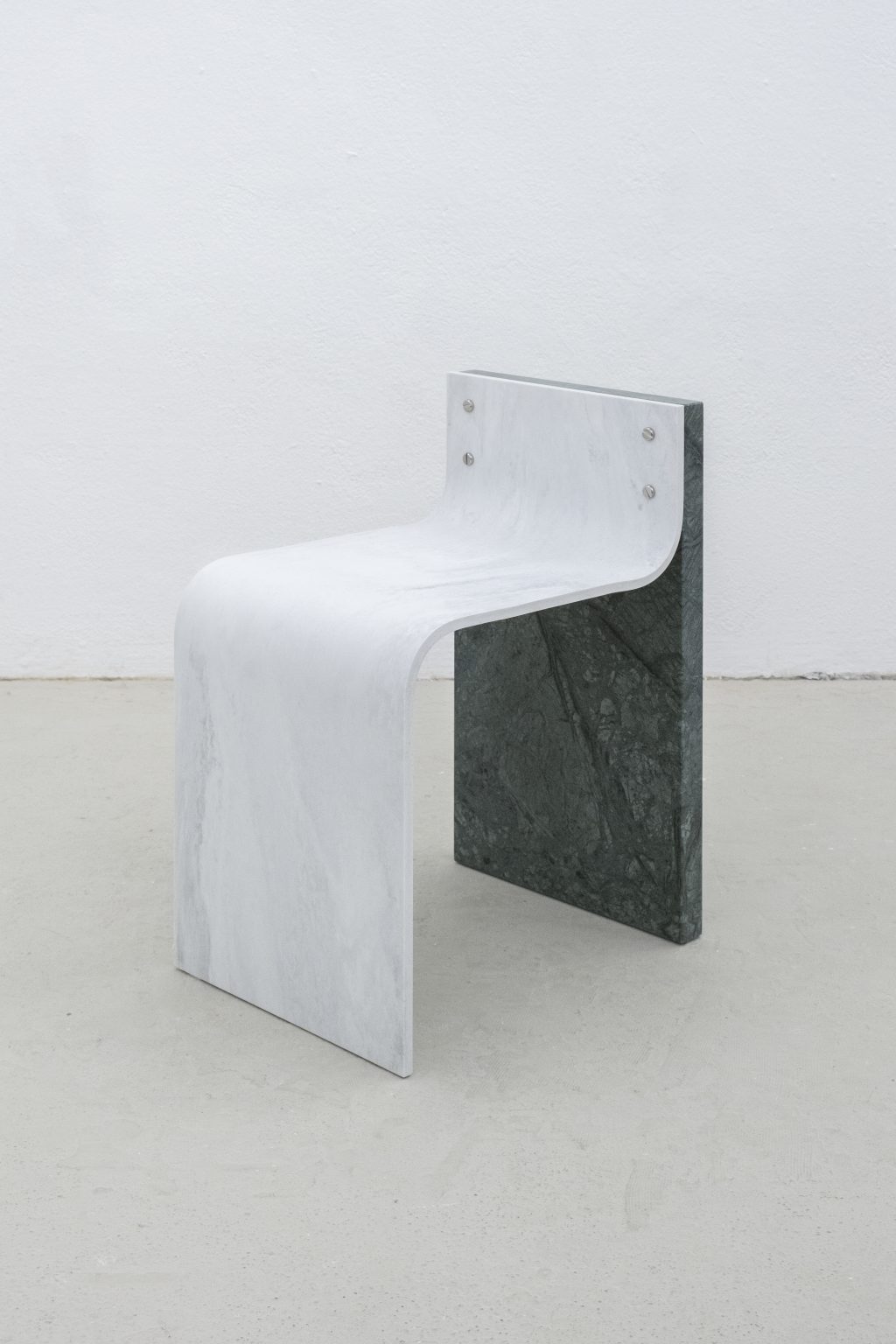 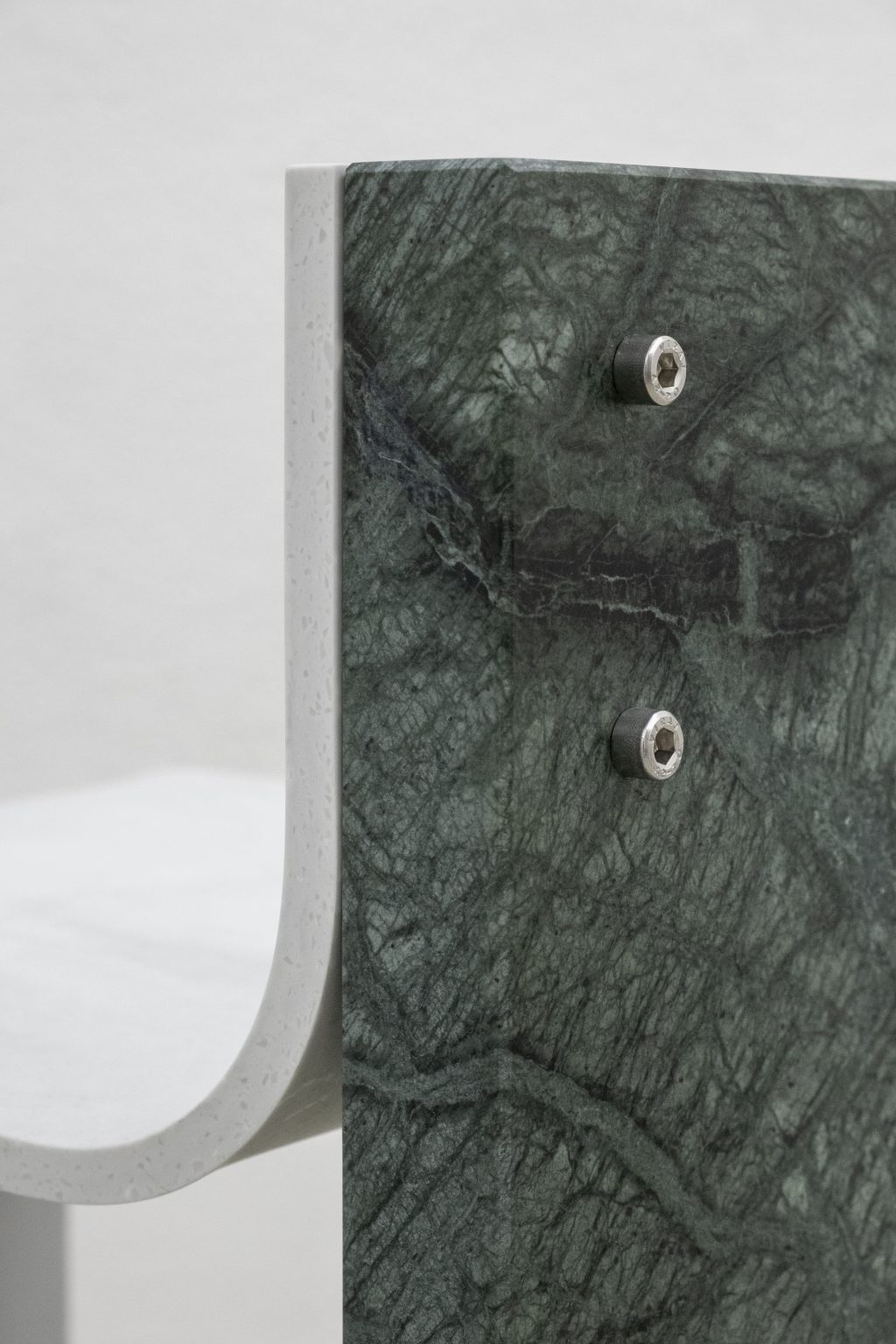 A collage of artificial and natural, a flowing alternation between craft and semi-finished product or the transfer between analogue and digital form create appealing fields of tension. Two projects that emerged from the everyday interplay of material and immaterial are the Leiboom Bowl and the installation Layered Transparency – Displayed Opacity. Therein we test and visualise new possibilities during the design process as well as during the final presentation of the project. Contact points in this in-between world are made accessible on a sensual, emotional or speculative level.

The installation Layered Transparency – Displayed Opacity juxtaposes four parallel forms of presentation, interweaving analogue and digital: a cabinet, a touchscreen, virtual reality glasses and a 3D-printed object. Glass and its raw material, sand, are assigned a decisive role: the transparent material forms a bridge between the real and the virtual world, but also functions as the ultimate border between the two. How does our perception of objects change, which in their design, presentation as well as in the interaction with them, exist reciprocally in both worlds? A vase serves as a proxy and illustrates the constant translation – from analogue object in digital space to digital object in analogue space. 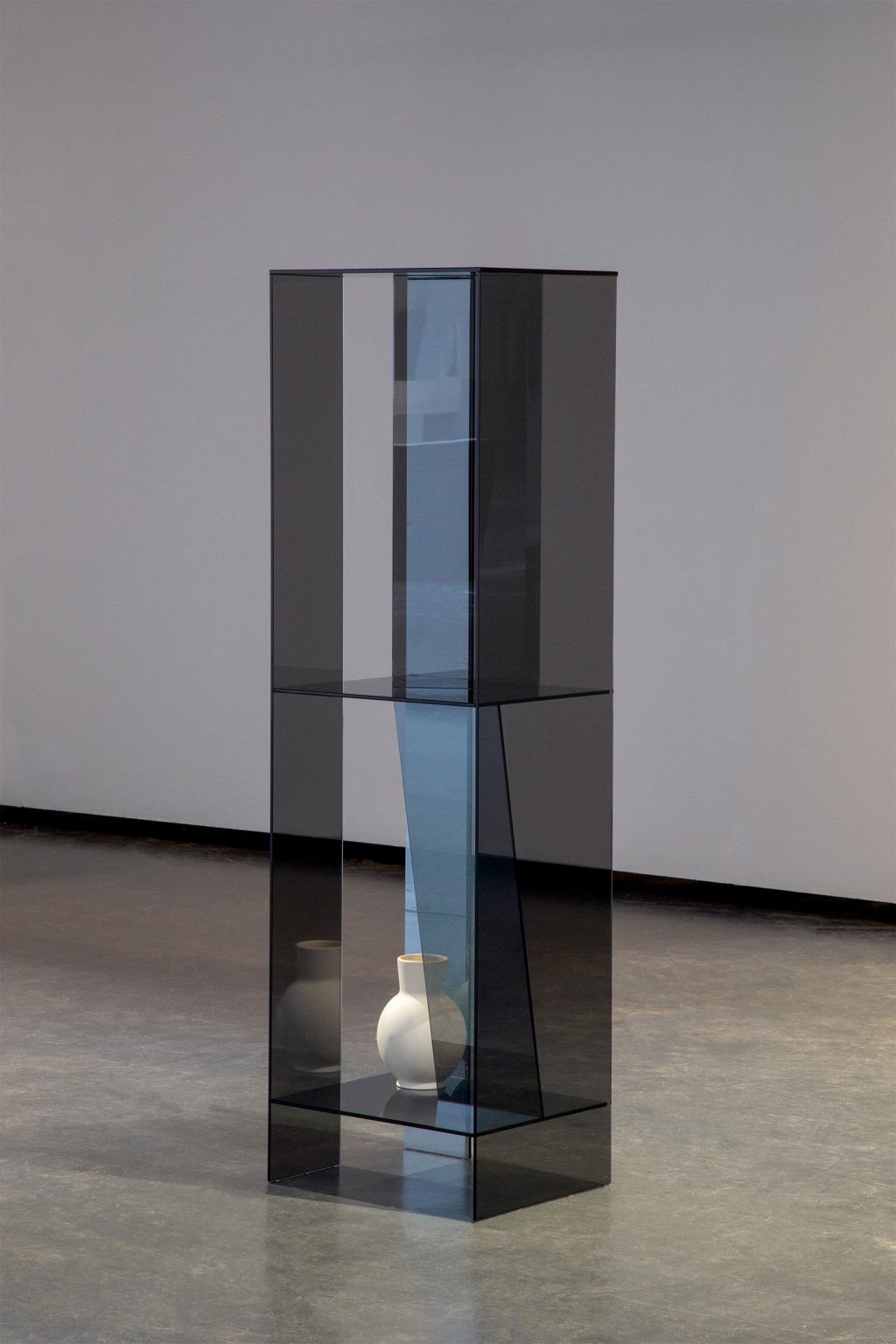 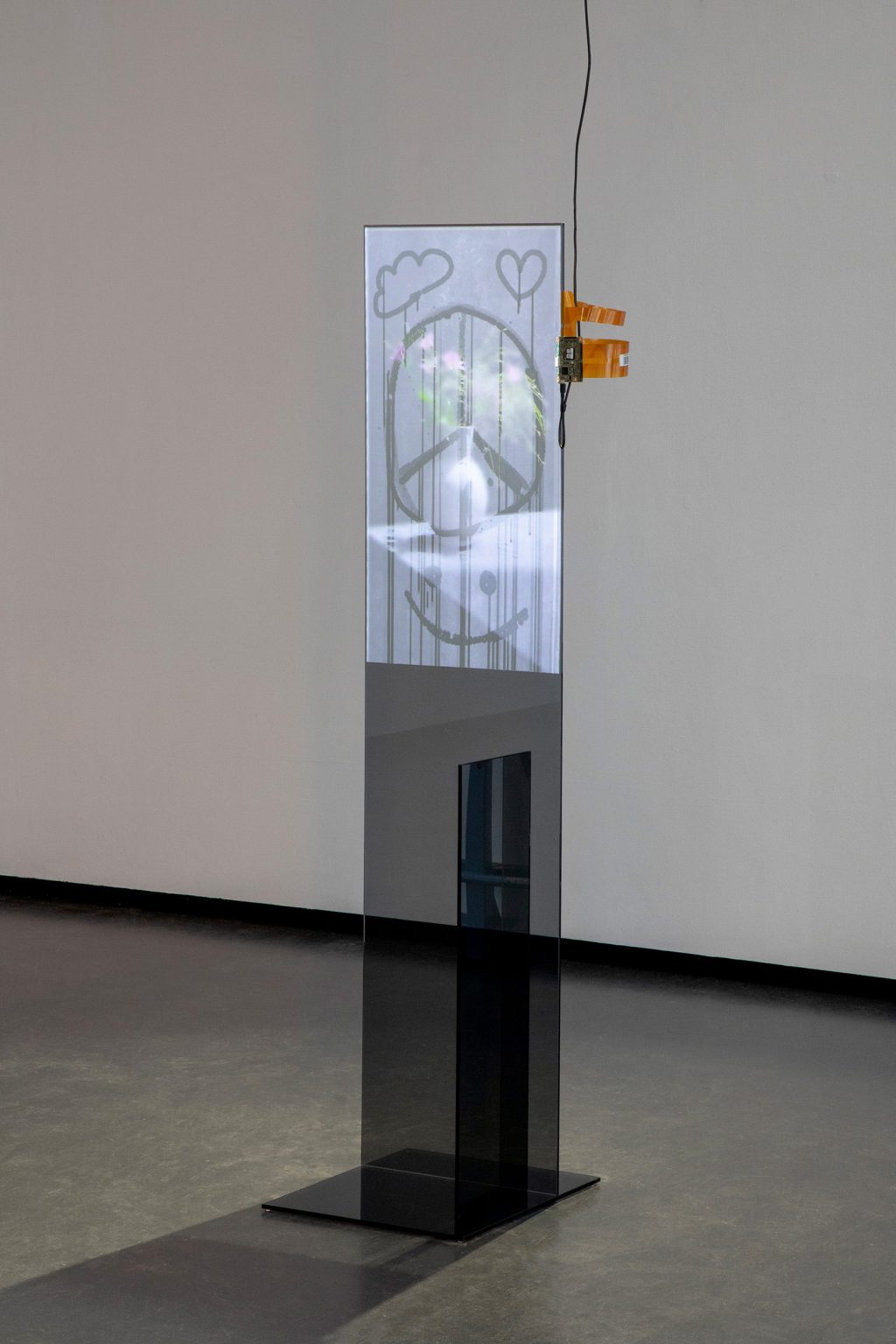 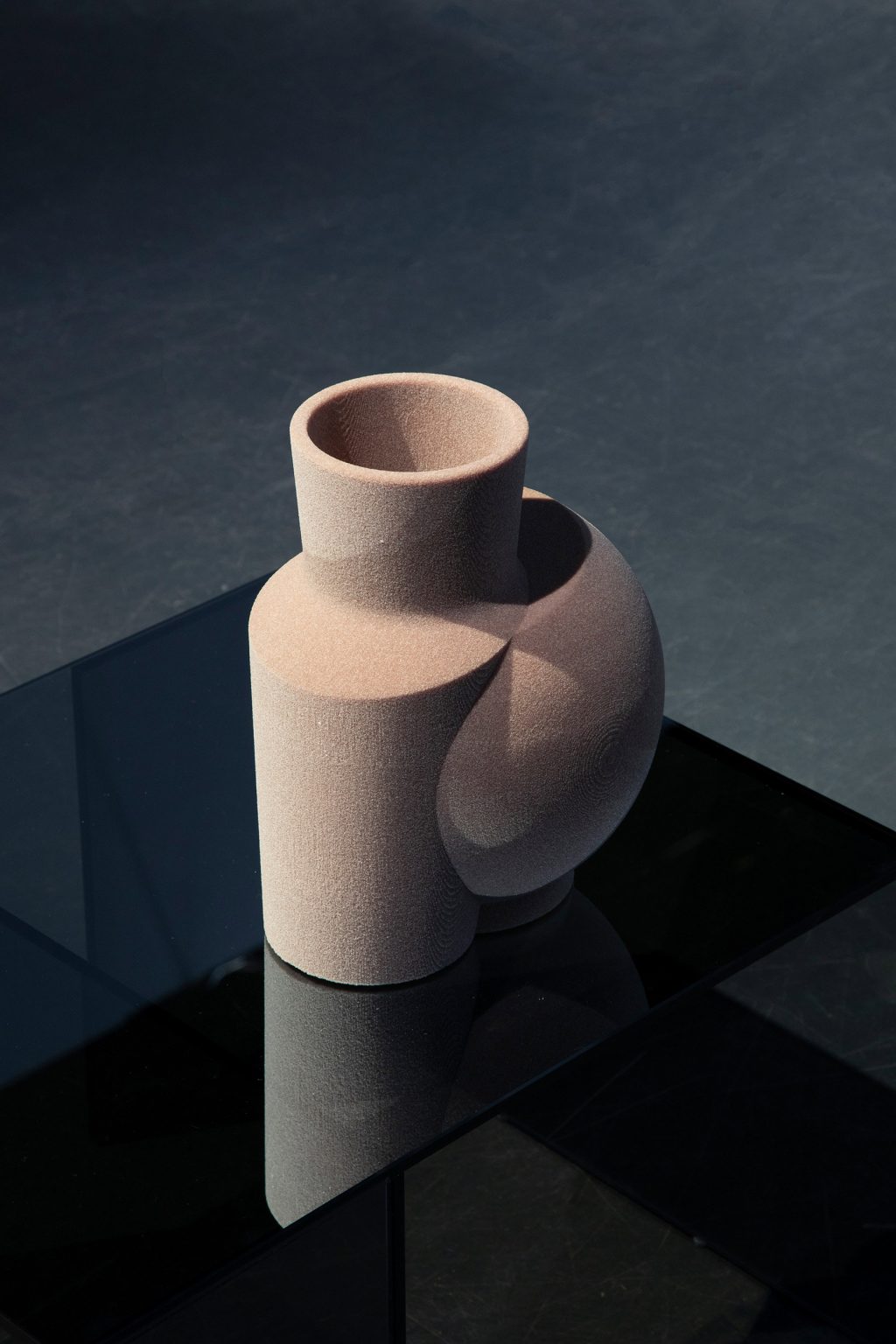 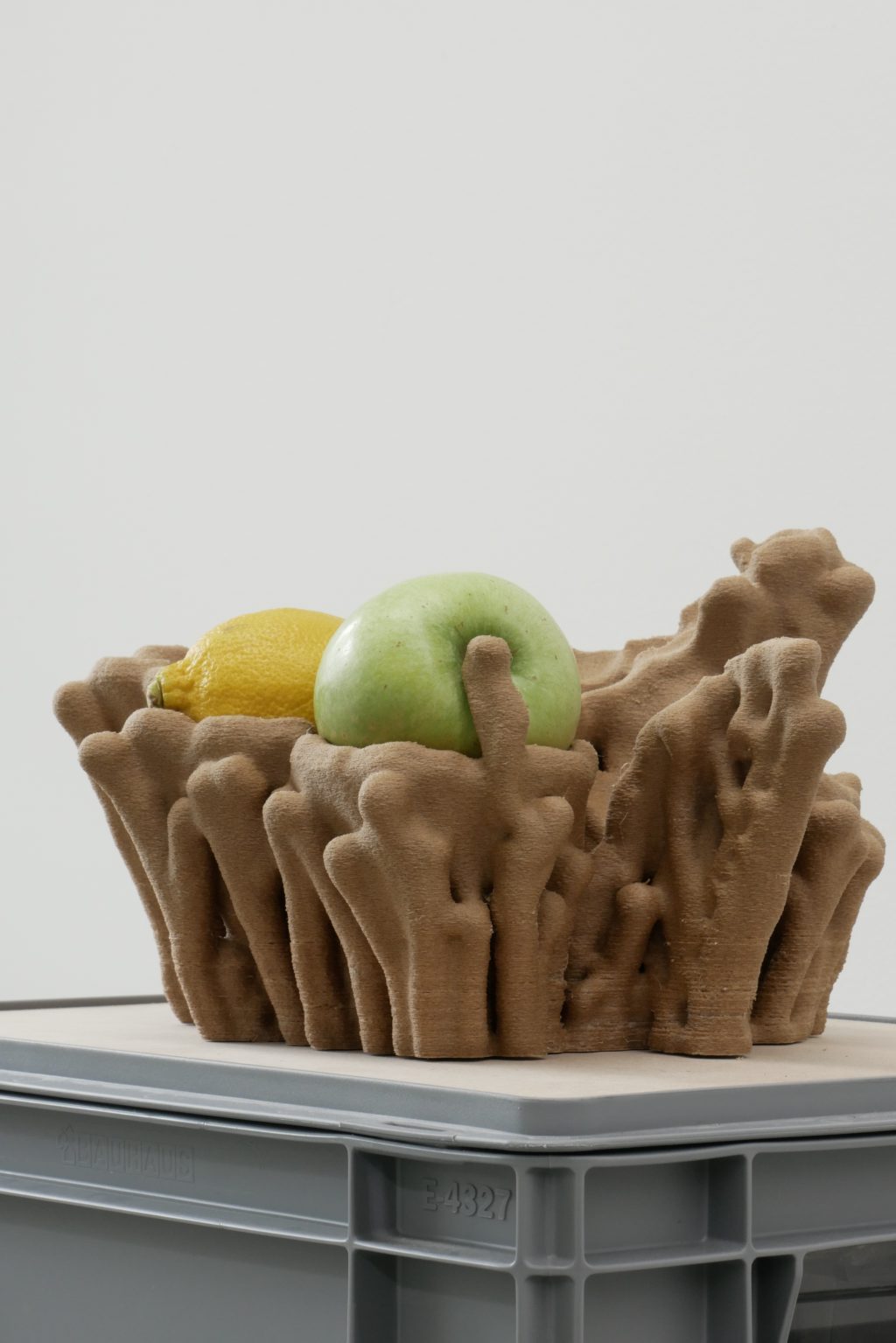 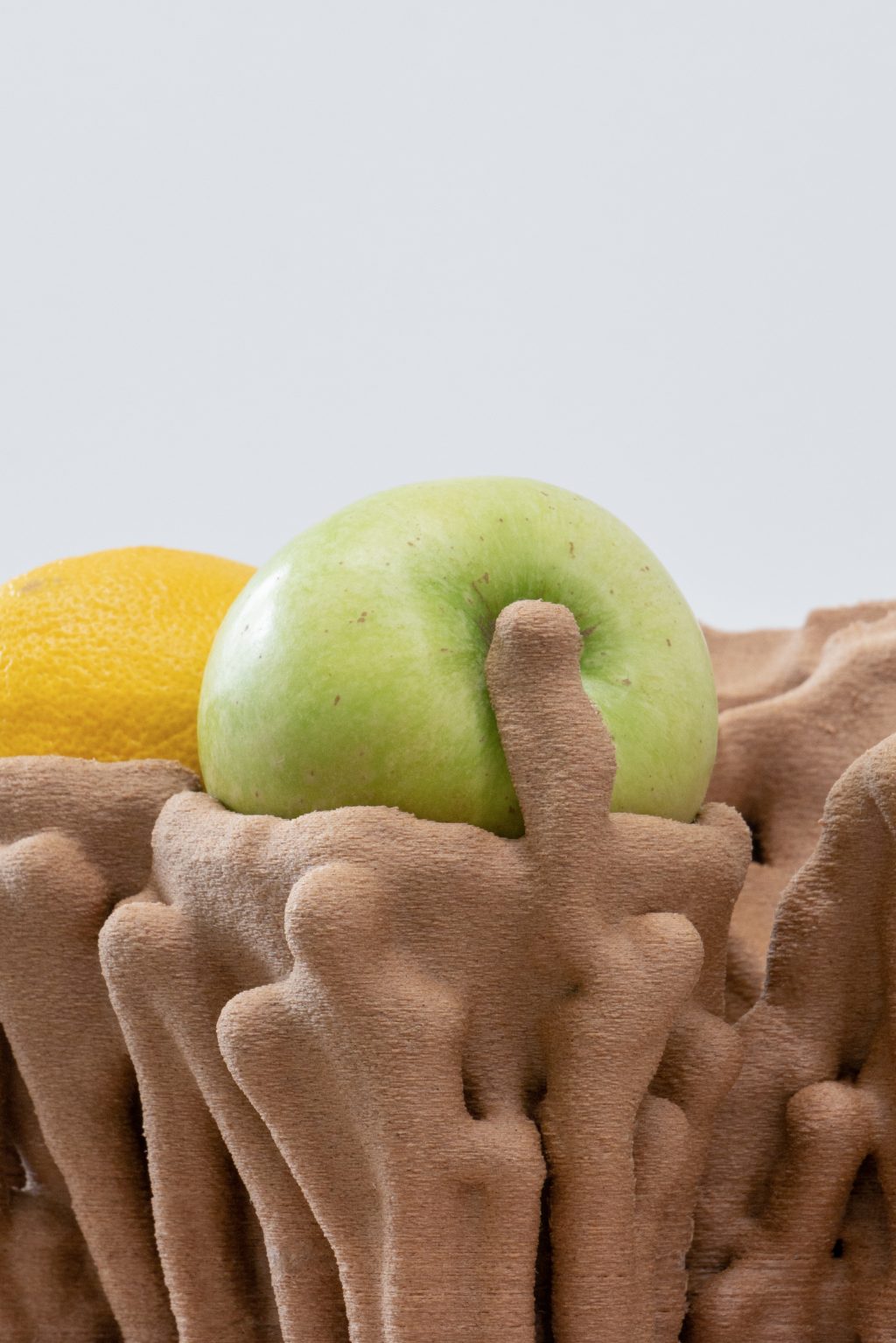 Essential by-products of the conventional 3D printing process, which stabilises excesses during printing, are computer-generated support structures. These take shape in the Leiboom Bowl, a 3D-printed fruit bowl. Using software, these bionic structures, which mimic the shape-optimised growth behaviour of trees and bones, grew around 3D-scanned fruit in digital space. The support structures that are normally discarded after printing become the main protagonist here.

The project shows that human beings ultimately revert to the original form language and logic of nature in their quest for form optimisation. 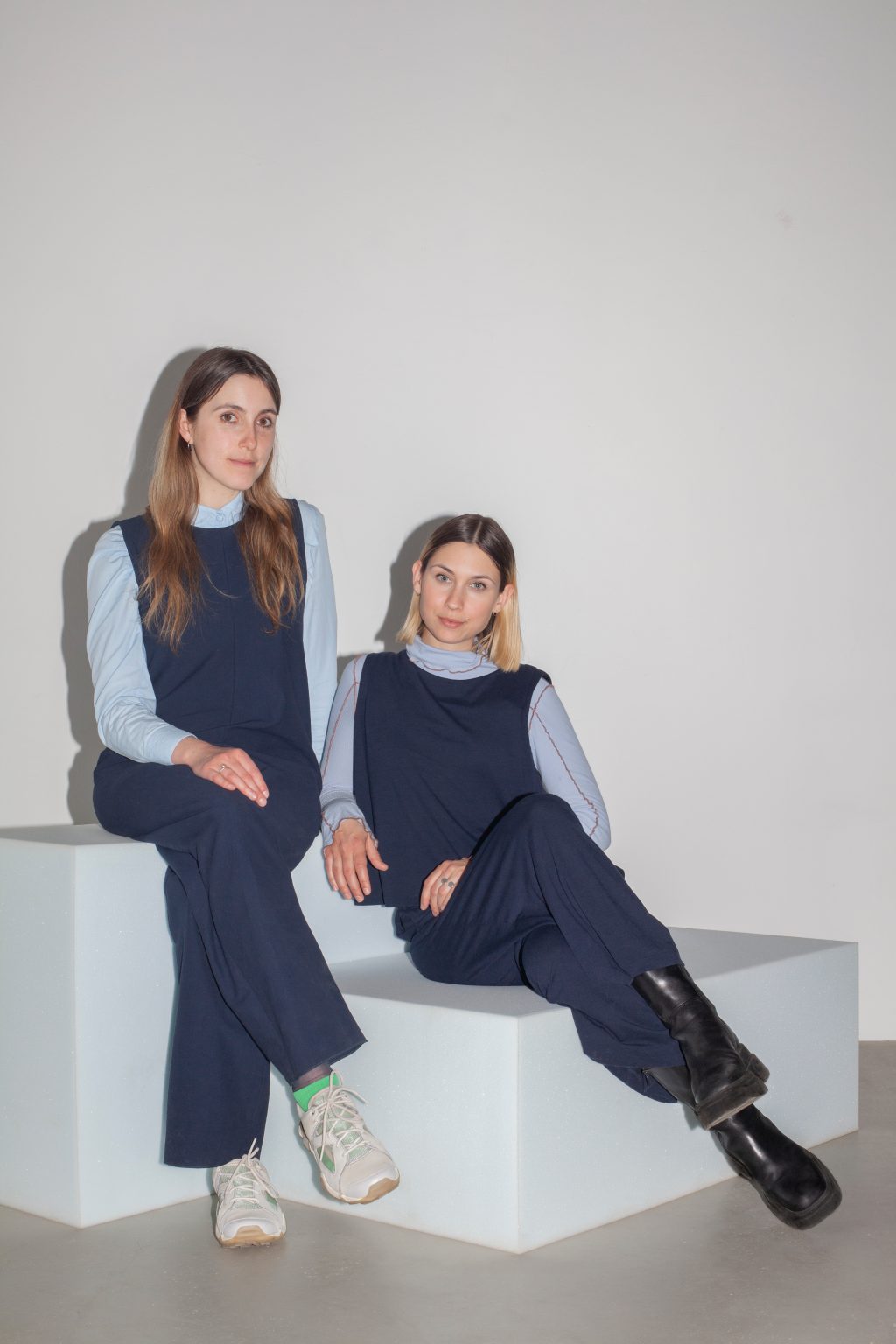 After graduating from the Karlsruhe University of Arts and Design, they co-founded the research platform Bio Design Lab. They are part of different collectives, such as the multidisciplinary Fan Kollektiv and Many-to-Many, in which they jointly test alternative aproaches towards work and presentation formats and realise projects at the interface of art and design.