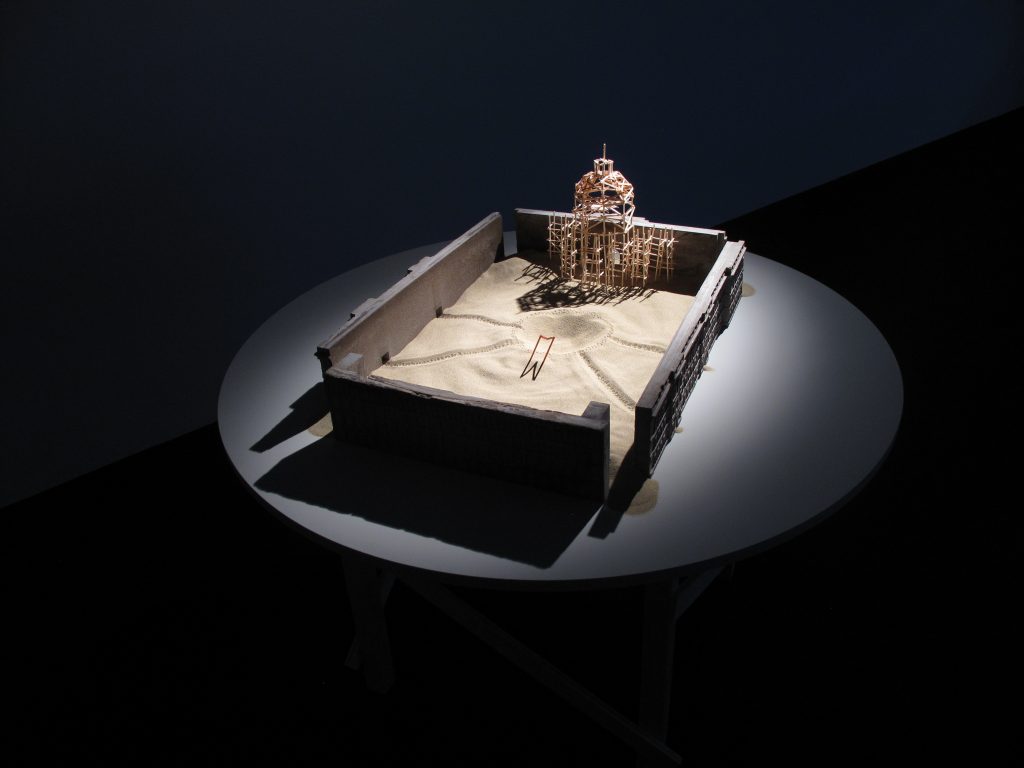 Nina Fischer & Maroan el Sani’s Identity’s Rule of Three is the first animated film by the artist duo. It is a film in three acts that deals with group identities in different social settings and milieus. The title refers to a common mathematical procedure used to solve equations.

Using stop-motion animation with artistically designed figures made of clay, wood, stone, beads and wire, Fischer & el Sani develop three scenarios that take place in an art gallery, on an African safari and in the newly rebuilt Berlin Palace. The figures communicate with each other in a clear, direct language that concisely reveals the structures of different social situations. Interpersonal relationships are revealed to stimulate new debates about identity and authenticity.