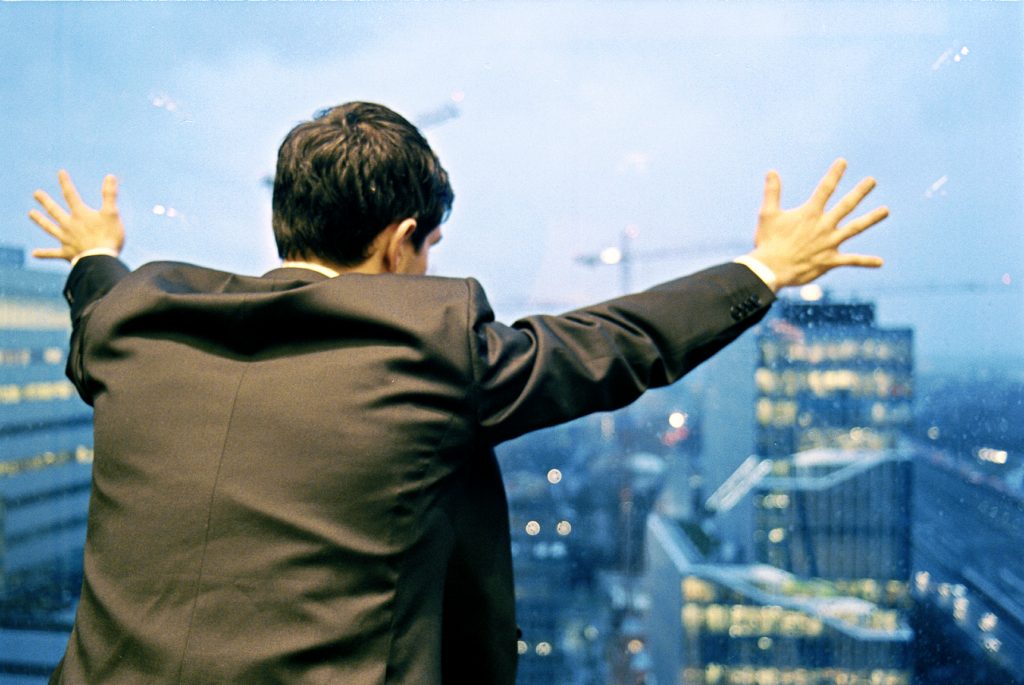 The Rise shows the uncanny, the unforeseen, which lurks directly under the glossy surface of modern urban environments. Moments in which the fragility of the layer of civilization is noticeable.The film focuses on the complex relationship between the visual language of a building, its psychological effects and the political-economic reality in which it functions.

The story revolves around a man, who is standing at the window of his office in a highrise. He watches a twin who is climbing up the outside stairs of an adjacent office building. As if lost in a Piranesi engraving the man ascends the stairs of a building continuously and when he thinks he has made it to the top, he only finds out that he has to start all over again. An endless journey, through different weather zones, passing several obstacles, fighting against phobia and other opponents. On top of the building he dicovers that someone is watching him: his alter ego. He turns around and is doomed to start climbing from zero again.

The film‘s location is Raphael Vignoly’s building in Amsterdam, ZuidAS, which was actually designed for the competition for the new World Trade Center in New York, but was finally not realized there.