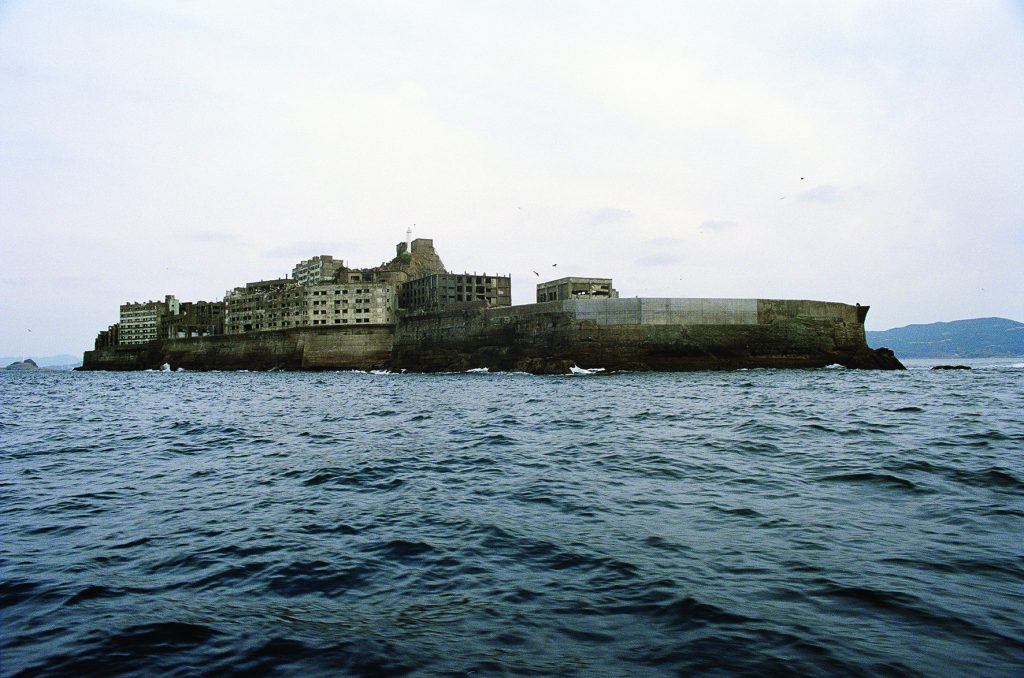 Spelling Dystopia focuses on the public perception of the uninhabited island Hashima near Nagasaki, which has a vivid history. Hashima has been an important location for Japanese coal-mining until 1974. It is a man-made artificial island, based on the use of concrete which was a newly discovered construction material in 1916, when the construction started. During World War II it was a work camp for war prisoners from Korea and China, later in the 1960s it became the most densely populated place on earth. With a size of only 160 x 450 m the island was inhabited by over 5000 people in its best times, working in the Mitsubishi-owned coalmine. The density of the population was higher than in Tokyo`s most crowded parts today. From 1974 the island was abandoned because the resources were exploited.

Today the island is uninhabited and the concrete-architecture is left to natural erosion. In the year 2000 it became the film location of the science fiction blockbuster Battle Royale, and came back into the Japanese consciousness, with a different connotation. The younger generation started to learn of the place mostly from movies, mangas and video games as an abandoned ghost island.

In the film, the artists combine the memories of a former inhabitant of the island – the son of a coal miner, who lived on Gunkanjima until 1974, and who is leading an organisation today, with the aim of preserving Gunkanjima as a world heritage site – with the narration of two high school students who recall fragments of the movie Battle Royale. Thereby, the island appears almost as their fantasy, an imaginary playground for their games, where various images and layers of reality and fiction already got in a state on mingling.