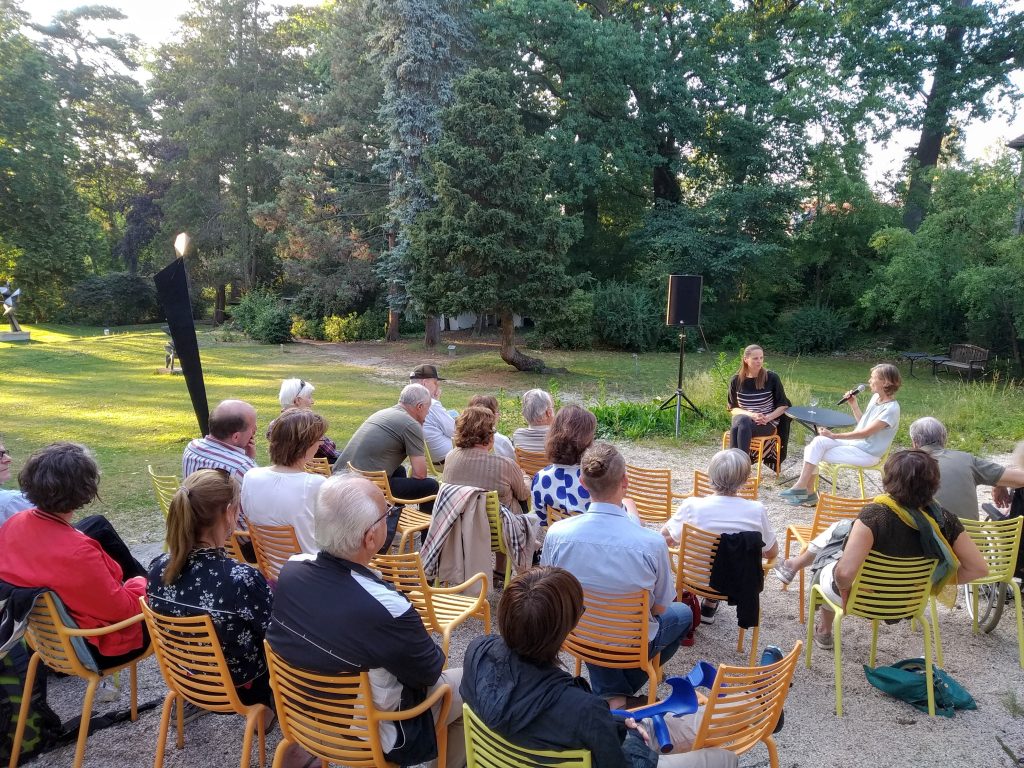 A group of sculpture enthusiasts and friends of the arts gathered in the park of Haus am Waldsee to experience the exciting conversation with Katja Strunz. The artist gave very precise and eloquent information about the philosophical background of her work in view of her new outdoor work “Creature of Ideas”. It ranges from Martin Heidegger to Walter Benjamin and Alaja Assmann. The being thrown of existence, of which Heidegger speaks in his 1927 work “Sein und Zeit” (Being and Time), is reflected here in the gesture of the “Fall”. The sculpture, more than three meters high, is pinned deep in the earth like an arrow landed from the. Strunz has thus not only created a site-specific sculpture, but also emphasizes the movement of the lightning-like, of the idea, of the accident, of the fall, which shows itself in the folded form.

In contrast to the works in this series, which also includes the outstanding wall piece “Time Dream #7”, which can be seen in the interior, the artist explained that her “folds” can be read more slowly in relation to temporality, or in a continuity, rather than in a moment. A fold can be refolded over and over again and is thus subject to a continuum. Her “Pulp Paintings” of self-made and dyed paper, on the other hand, mark the transition between the “fall” examples and the “folds”. The paper collages are created in very long processes and reproduce a possibility of form in space among infinitely many others, which has manifested itself visibly. For Strunz, memory and trauma lie closely together. The “Beasts”, which in the title of the exhibition refer to works by Lynn Chadwick, correspond with her work in terms of the constantly new thoughts that can torment one in infinite repetition to the point of fear.

Inspired by the artist’s interesting explanations, everyone stayed even longer and walked through the garden with their glasses and continued the conversations. 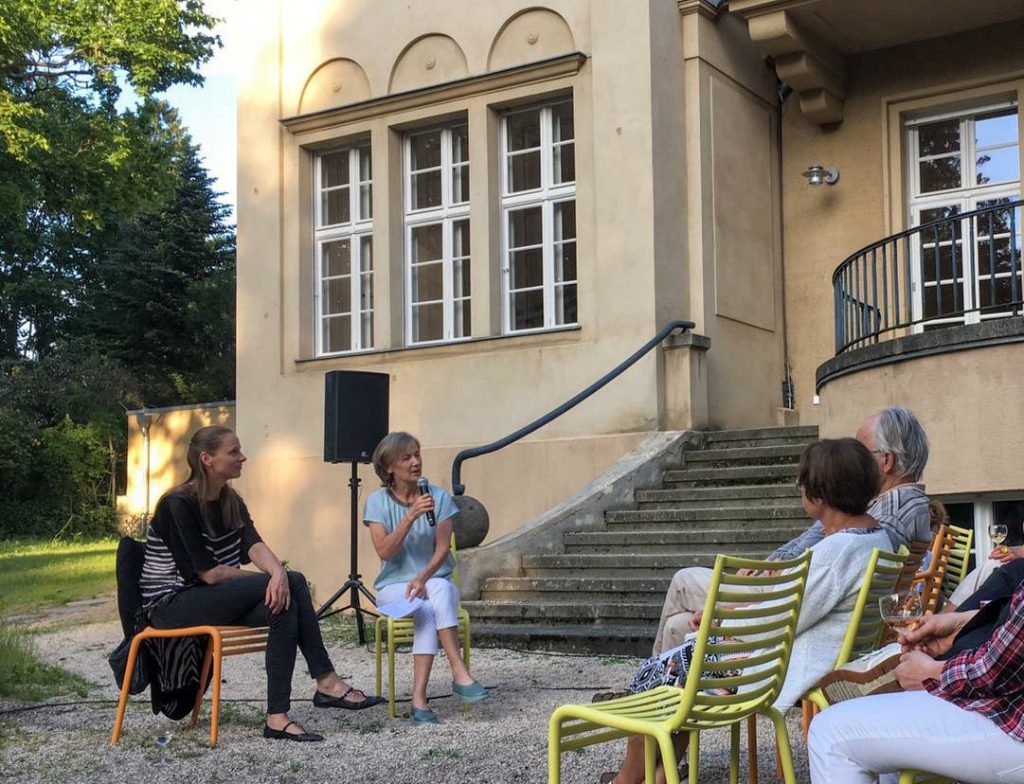