EXHIBITION, SHOP AND CAFÉ (TO GO) WILL BE OPEN AGAIN FROM MID MARCH. WE WILL INFORM YOU ABOUT THE EXACT DATE AS SOON AS POSSIBLE. “INTO SPACE” WITH WORKS BY BERTA FISCHER, BJÖRN DAHLEM AND NAUM GABO HAS BEEN EXTENDED UNTIL JUNE 6. THE SCULPTURE PARK WILL REMAIN OPEN ON WEEKDAYS BETWEEN 10 AM AND 4 PM AND ON WEEKENDS FROM 12 PM TO 4 PM. WE LOOK FORWARD TO SEEING YOU AGAIN! 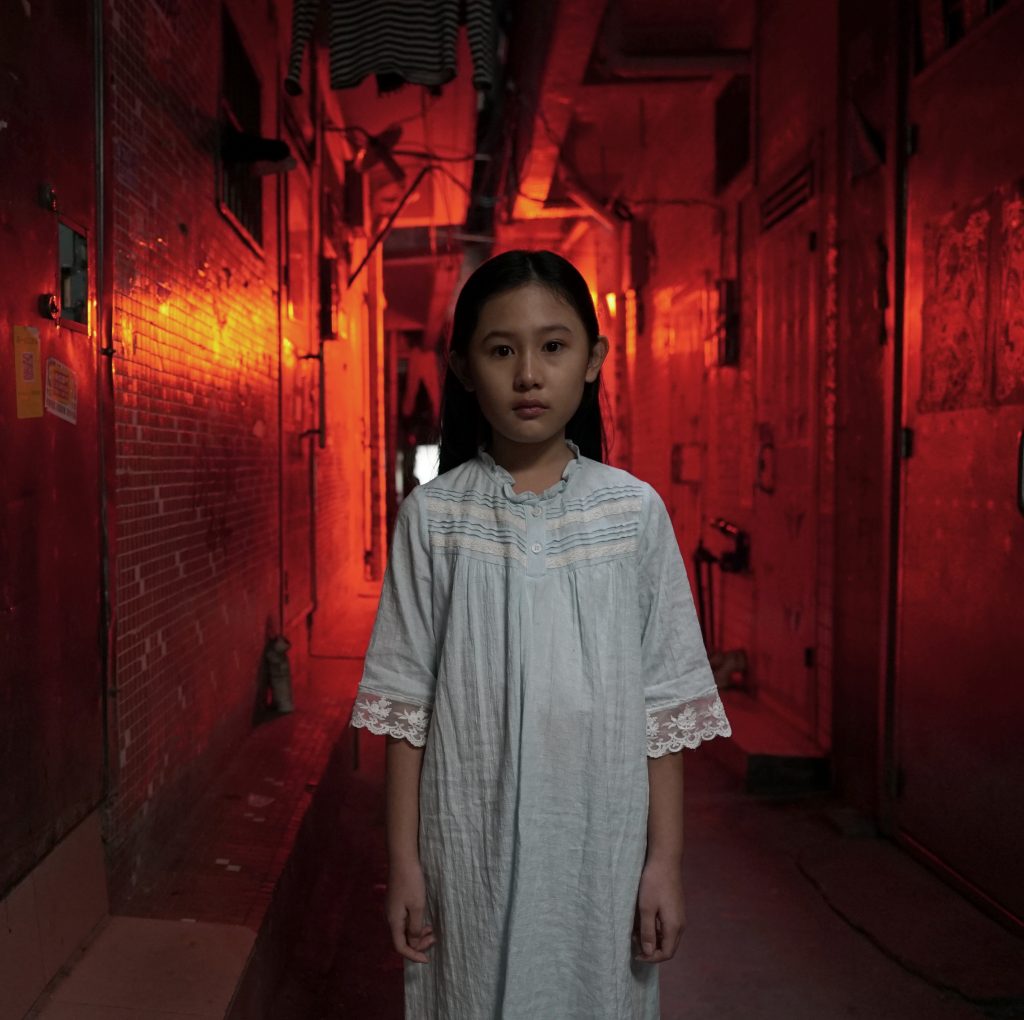 During the lockdown, we will be showing video art by international artists based in Berlin on our website. The series is curated in cooperation with “Videoart at Midnight”, Olaf Stüber and Ivo Wessel. In weekly rotation, selected works by Omer Fast, Antje Majewski, Julian Rosefeldt, Isabell Heimerdinger and others will be presented.

“The Invisible Hand” is a film based on a Jewish fairy tale. It tells the eerie past of a family from the point of view of a girl. Set in the People’s Republic of China, the story begins with the father, as a child, discovering a ghostly finger on the forest floor, apparently trying to reach a nearby ring. Fearing that the ghost would haunt him if he took the ring, the boy puts the ring on the finger and runs away. From then on, the family regularly finds banknotes on their doorstep, not knowing who the mysterious benefactor is, and achieves wealth. But as is often the case in life, gifts are not for free….

The film was made in 2018 in Guangzhou, China. It was commissioned by the Guangdong Times Museum and premiered there, but was banned after a few days. The official explanation was that there have been no ghosts since the founding of the People’s Republic of China and thus such a film could not be shown.

Omer Fast (*1972 in Jerusalem) is an Israeli video artist and film director. His work explores the construction of narratives, particularly how stories change when told from different perspectives. His films have been presented in numerous solo and group exhibitions. He has achieved international success with participations at the 54th Venice Biennale, 2011 and dOCUMENTA 13, 2012, among others. Omer Fast lives and works in Berlin.