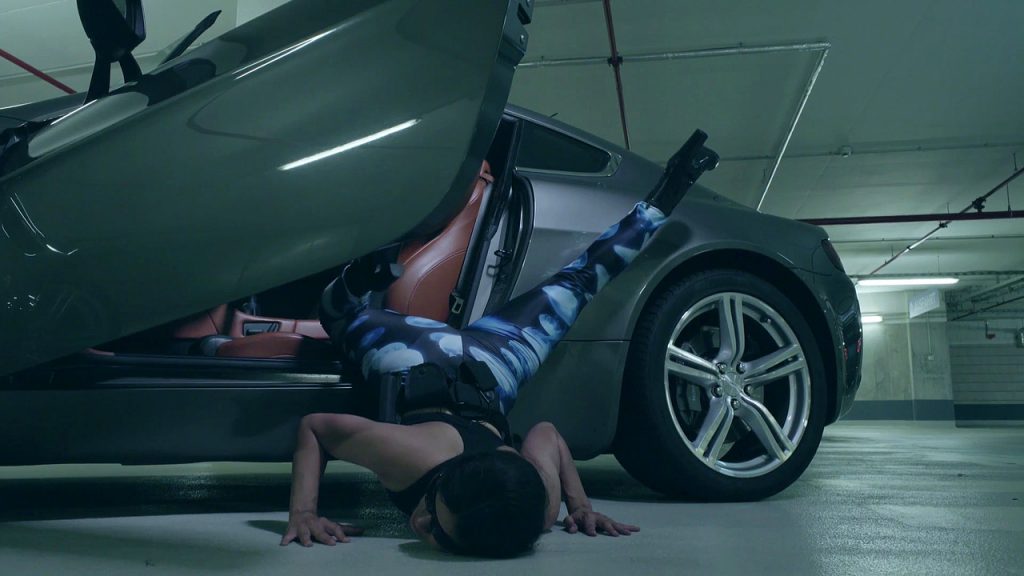 Freeroam À Rebours, Mod#I.1 takes as its point of departure various shortcomings in the behavior of videogame avatars controlled by human players. These “failure scenarios” are transposed onto the bodies of real performers, and recreated in the medium of film. Such “failed behaviors” by game avatars – including displacement activities, idling behaviors, repeated failures to perform an action, the imperfect approximations of human movements and gestures – are generally considered to be the result of inadequacies and inability, especially in a society shaped by the pressures of functionality, economic imperatives and selfoptimization. At the interface between experimental film, videoclip, performance and contemporary dance, Stefan Panhans’ film takes a precise look at these “mistakes” with subtle humour.

With his filmic, performative, photographic and installation works, Stefan Panhans (*1967 in Hattingen) deals with the effects of the ever-growing hypermediatisation and digitalisation on the body and psyche in our society. Stefan Panhans lives and works mainly in Berlin and Hamburg.