Lecture on sculpture and the works of Katja Strunz 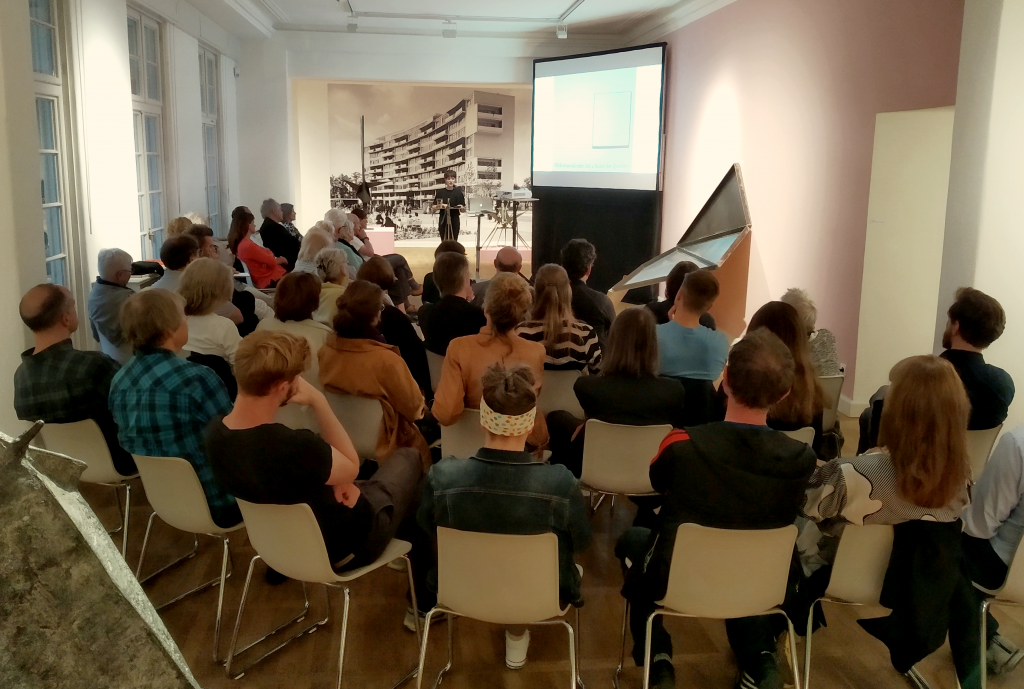 In her lecture, Dr. Barbara Kuon convincingly linked the sculptural works of Katja Strunz (*1970) with the revolutionary pictorial ideas of Wassily Kandinsky (1866 – 1944) and the philosophy of Walter Benjamin (1892 – 1940) in a broad arc. In front of more than fifty listeners, the philosopher and art historian, who teaches at the Hochschule für Gestaltung in Karlsruhe, referred to structural elements that Kandinsky developed in his theories and painting practice which continue to have an effect on the work of Katja Strunz. Both Benjamin’s ideas of lightning-like knowledge and the constructive-abstract thinking of 20th century European art, for which Kandinsky created the basis, are processed in the contemporary’s work. Katja Strunz, who followed the explanations with interest, takes up the form of folding and makes the fragmentation and dissension of our present visible.