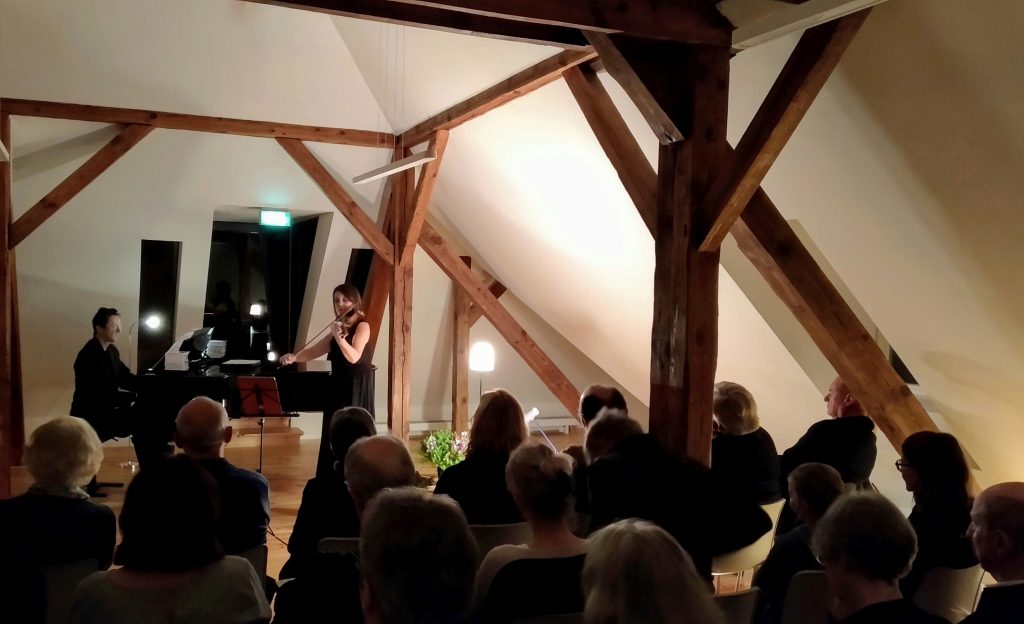 With a full house, the concert with Johannes Roloff and Rahel Rilling was a complete success and a premiere at the same time, because a concert took place in the Haus am Waldsee on the newly developed attic floor for the first time. The acoustics were very good for Bach’s six sonatas for violin and piano. The audience listened to the two internationally renowned musicians in a concentrated manner for almost two and a half hours. They all bathed in the clear sounds from the first half of the 18th century.

Even today, we can still sense what Yehudi Menuhin said about Bach’s music in 1957: “While Beethoven, for example, discovered and understood his fellow human beings through his own feeling and we therefore recognise ourselves in him, Bach discovered himself through humanity or through a feeling that was greater than himself, and therefore humanity recognises something in Bach’s music that is greater than itself”.