With the artistic influences of Nam June Paik and Bruce Nauman, Bjørn Melhus succeeds in questioning the relationship between mass media and contemporaries in the early 21st century and in providing answers through his own films. Like no other, he works out the absurdity of the medium of TV and cinema and comments on its effect on contemporaries. Most recently, he is particularly interested in the phenomenon of post-traumatic conditions in today’s war veterans.
Since 1987 Bjørn Melhus (*1966) has been living and working in Berlin as one of the most internationally respected German video artists.

In 2006 Bjørn Melhus was part of our big anniversary exhibition on 60 years of Haus am Waldsee “Anstoß Berlin – Art makes World”. 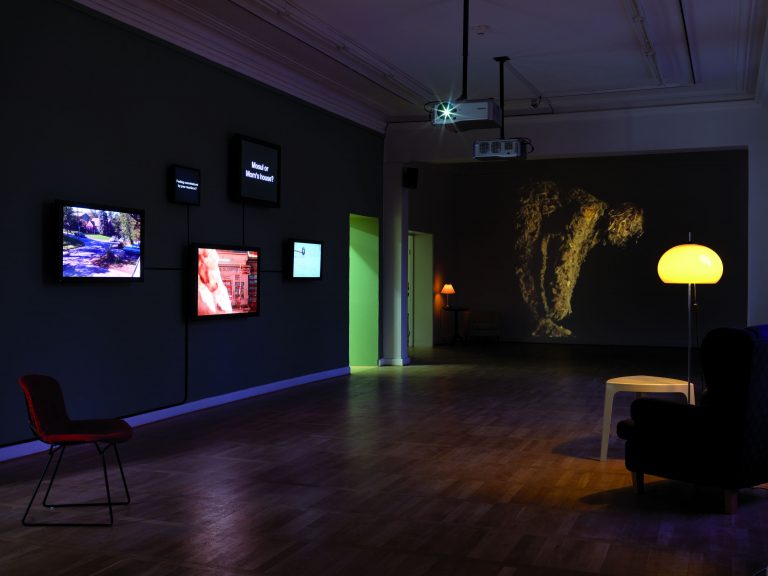