With her previous oeuvre, Melanie Manchot stands in the context of more recent portraiture alongside photo and video artists such as Sophie Calle, Janet Cardiff, or Candice Breitz, who in a different way trace individual fates. Manchot consistently assumes the role of mediator and accomplice. She leaves the responsibility for her stories to the person portrayed, especially in her videos, and takes back her own person completely. With this participatory approach, Manchot moves directly in the environment of her colleagues Gillian Wearing, Fiona Tan, Phil Collins and Wolfgang Tillmans.

Manchot, born in 1966 in the Rhine area, left Germany for New York after graduating from high school. After one year she moved to London. Since then, exhibitions, scholarships and teaching posts have made Manchot famous in Great Britain. Since 2001 she has extended her field of work to Russia, India and South America. This has resulted in impressive projects, especially in Moscow, on which our exhibitions focus and which, together with more recent works from London and Berlin, are being presented in Germany for the first time.

In 2006 Melanie Manchot was part of our big anniversary exhibition on 60 years of Haus am Waldsee “Anstoß Berlin – Art makes World”. 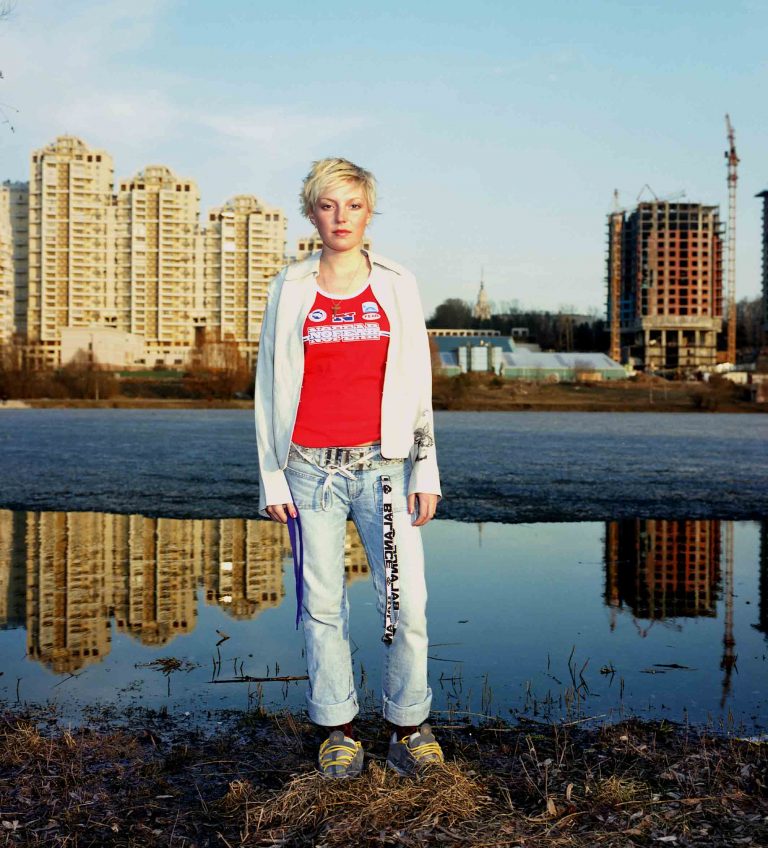 Moscow girls and other stories
BACK