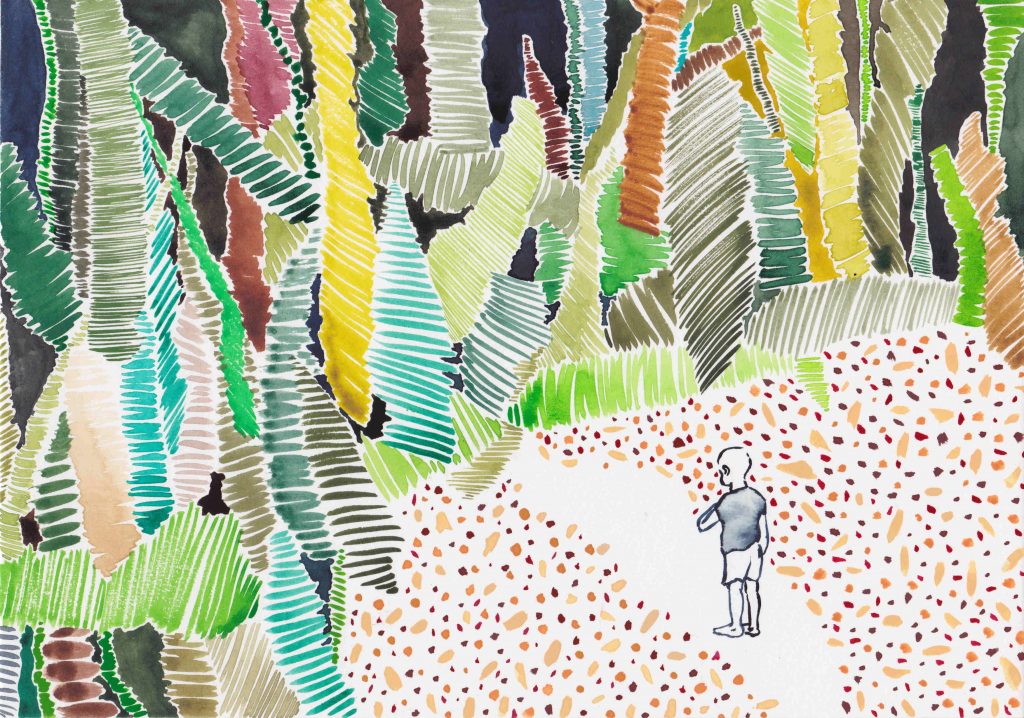 Takehito Koganezawa, Self Portrait in a Forest

We asked artists around the world, who are close to the Haus am Waldsee through exhibitions, what their situation is like at the moment.

Takehito Koganezawa is a Japanese draughtsman and video artist, who has shown an impressive exhibition at Haus am Waldsee in 2012. After many years in Berlin, he returned to Japan with his family in 2016.

It was in the middle of February when Covid-19 started to make a splash in Japan, and I was covering drift ice in the Sea of Okhotsk in Hokkaido.

There was a massive outbreak of infection on a cruise ship called the Diamond Princess, and passengers were not allowed to disembark while the ship was still in Yokohama Harbor.

Winter in Hokkaido is the season for sightseeing, and the city is crowded with tourists. I saw both Chinese and Germans. As a result, Hokkaido became the most infected area in Japan for a while, but the number of infected people in Japan still did not exceed 200, and people’s reaction at the time was to wonder if it was a new type of flu.

By the time I returned to Tokyo on February 28, school had been cancelled for two weeks, starting March 2, and the hoarding had sold out of toilet paper and sanitary napkins. My kids are out of school, but there is no such thing as a replacement online class, so it’s been a long spring break. People commuted on packed trains every day, gathering in large groups to work, eat, and talk. The park was filled with children who had become disengaged.

It was clear that the government had announced that the number of infected people was unusually low and that they were trying to keep the number low without testing in order to hold the Olympics somehow.

The past few years of scandals around the government and the prime minister Abe have left many in disbelief, and the doubts that were raised about the Japanese government in the wake of the earthquake nine years ago and the subsequent nuclear disaster have reared their ugly head here.

As we move into March, several large corporations have switched to working at home, and some public museums and other institutions have been shut down. Theaters, movie theaters, live music venues, and clubs closed without any compensation from the government. Big events have been cancelled across the board, and now bars, sex shops and many ”night places” are being named by the government and forced to close.

We are outraged because the Japanese government has been so dishonest in its response.

Firstly, they never give out the right information. The government’s views are vague and it is reluctant to come up with concrete measures.

Instead of trying to save the people in this time of emergency, the only measures to protect politicians, bureaucrats and big business are put forward for fear of losing political power. If you watched the video of Abe’s press conference, he never once looks squarely at the camera. The whole time, he just looks at the prompter left and right and reads what the speechwriter has written. Furthermore, the people have nothing to give, and all they talk about is how they’re going to get the economy back on track once Covid-19 converges. I can’t even see the road to recovery. The field of culture is being left unattended to.

A large number of artists and technicians are unemployed in Japan. There is absolutely no support there, either from the government or from the private sector. In response to the government’s request for support measures, there was a proposal to hand out wagyu beef vouchers instead of handing out cash, which was met with opposition from within the ruling party, and there was also a proposal to issue fish vouchers. There was also the idea of issuing travel vouchers for tourists who are struggling with a decline in the number of travelers. We have been outraged every time these proposals have been reported in the press, and have come to feel the utmost anger at a government that ignores the public and wants to use our tax Yens for the benefit of their supporters. 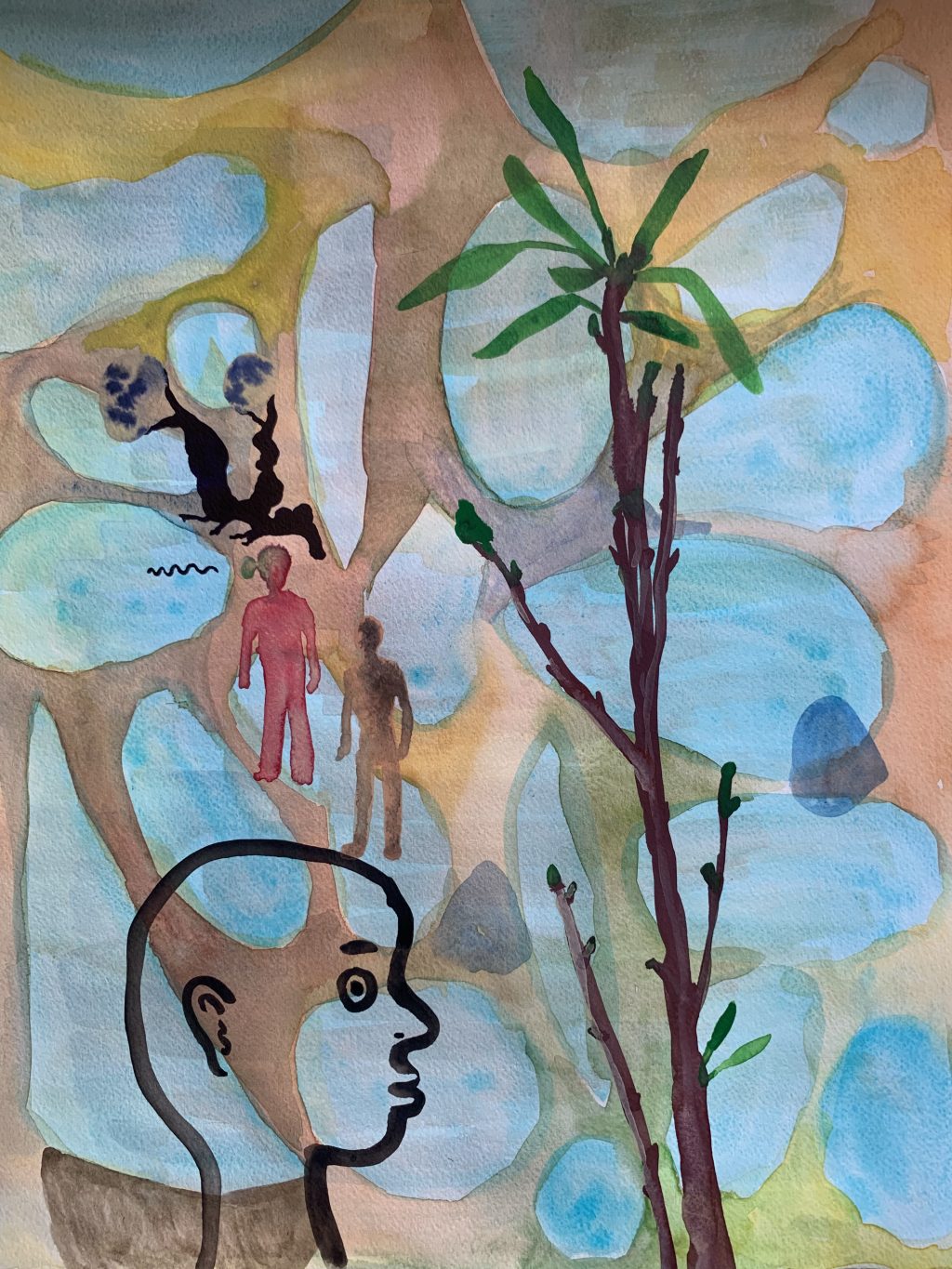 But finally, yesterday, on April 1, a package of support from Prime Minister Abe for two months of anxiety and hardship was presented. This is the first specific reference to support.

He said that he had one of the biggest, different dimension, tremendous support packages available. Now, what did it look like? What he said was, “We will send two cloth masks to each address”. The conclusion of the Japanese government’s two-month-long meeting was two masks for each family. My family is a family of four. What on earth are we supposed to do with two masks?

It’s a difficult situation to take to the streets and demonstrate now that there are no people there. And in Japan, there is no real sense that anything has changed as a result of the demonstration. It’s easy to feel that no matter what you do, it’s useless. I don’t have a single Abe supporter around me, but when we hold an election, only Abe wins.

Well, now I’m standing in the wilderness as a single artist. Most of the work that I could see earning from here on out has been cancelled, and I don’t know when I’ll be able to realize the projects I’ve been putting off. No compensation for income. Rent, electricity, gas, phone bills, and pensions come in at 100% of the bill. And the support from the government is only two masks. In times like these, humans can find solace in humor. Every day, videos are uploaded from around the world that turn this adversity into a laugh. The same is true of Japan. The situation may be that you have no choice but to laugh it off.

When you look at the earth on a global level, apart from Japanese society, you can clearly see how harmful humanity is to the earth as air pollution disappears. But we are people who have stepped out of our natural circles. But we can’t live without nature. Art should be the technology that holds the connection between nature and man. A technology that does not unilaterally exploit nature from the human side, but permeates each other. Art as something where the human ego touches a part of nature and interacts with it. In other words, the part that art touches is the part that goes beyond the realm of the human being.

In the process of investigating Covid-19, I thought it was very suggestive that it was not clear whether the virus was an organism or an inanimate object in the first place. Instead of understanding a virus as an organism, think of it as a state in which some kind of program is running. And that program is being rewritten every day somewhere. It slips through our understanding and changes create new infections. It may be similar to the competition between grammar and rhetoric in the literary arts. In other words, we are not at war with the virus, but we are entering a society where we can live in harmony with the virus.

I always feel like I’m missing something when art is only talked about in terms of usefulness. Art is inherently unsure of how to use it. The forced analogy is that art and viruses are in a similar position and behave in a similar way. Although of course I believe that viruses kill people and art saves people. 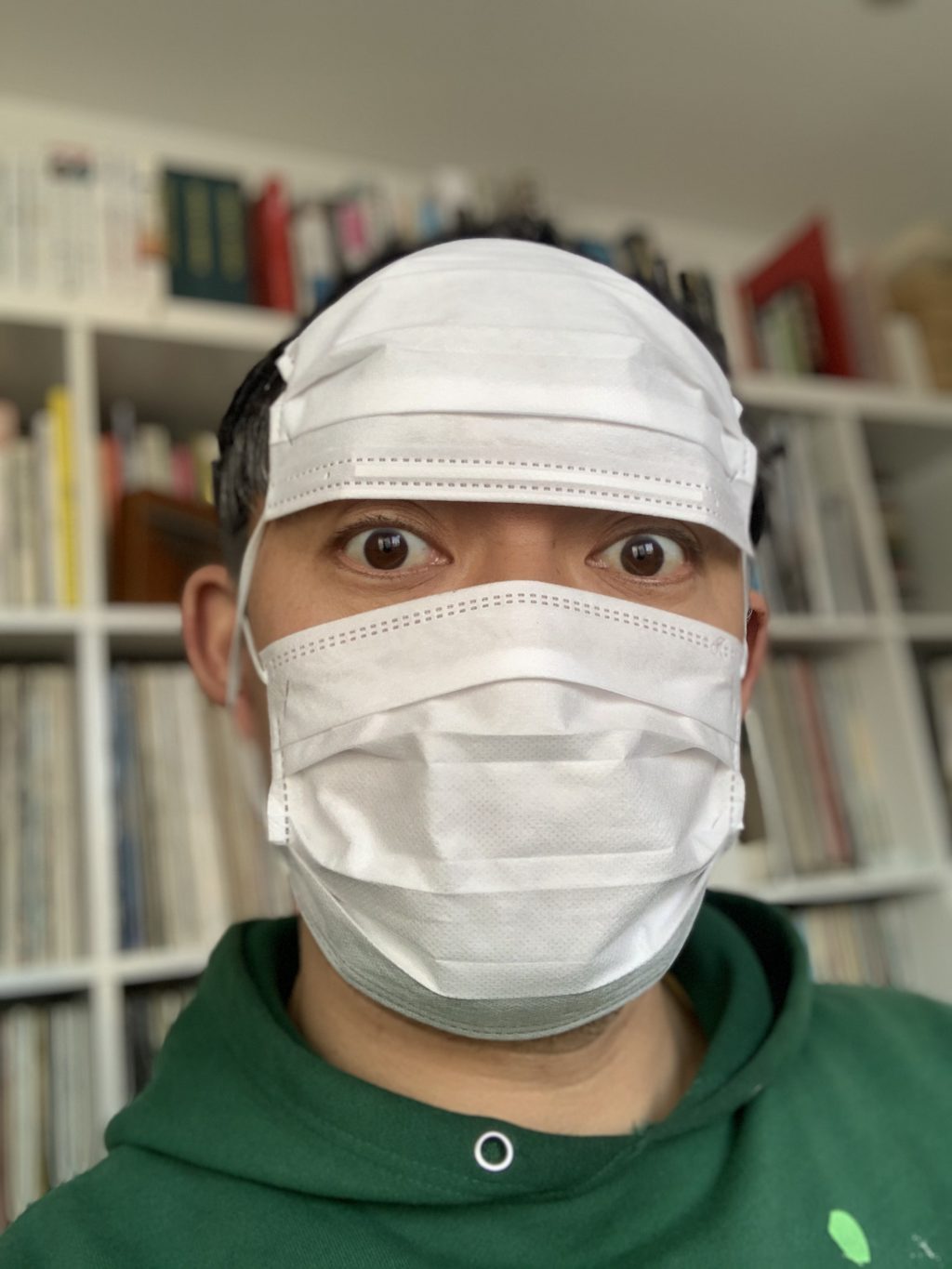