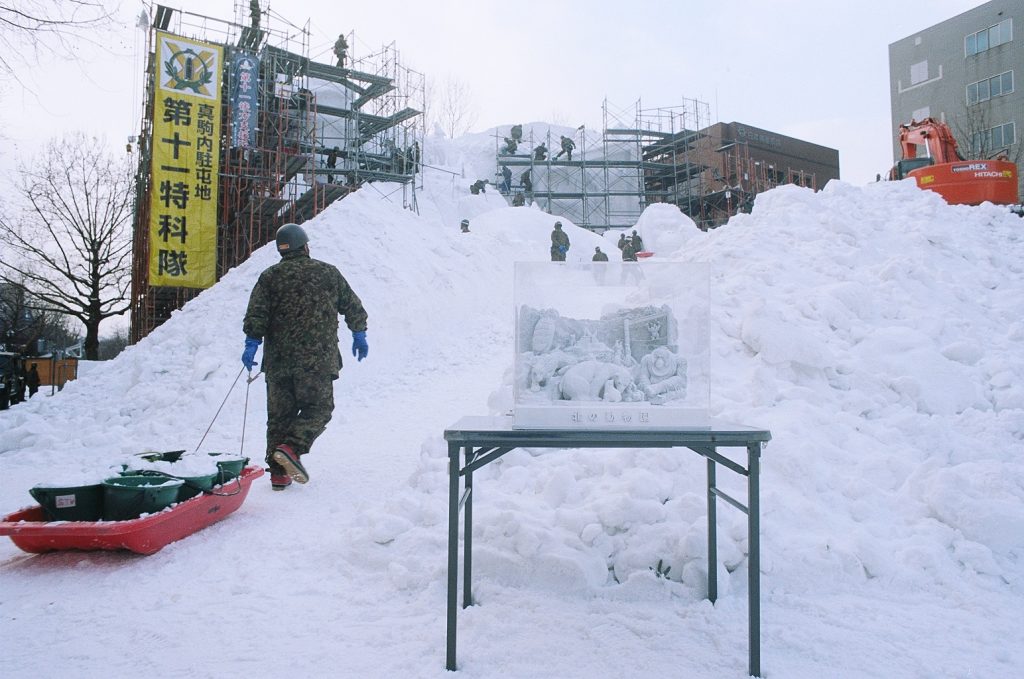 Snow Division is a film by Nina Fischer and Maroan el Sani about an annual winter spectacle in Sapporo, Japan, in which large sculptures are made of snow that only last a few days in one of the main squares. In February 2010, when the artists were in the capital of Hokkaido, the sculptures were centred around the topic of endangered animal species. In their film Fischer & el Sani watch how a division of the Japanese army transports fresh snow from the mountains to the city centre to make the snow sculptures. It is interesting to see how these temporary figures are created after pictures and to watch Hokkaido’s national peacekeeping force go about their work with such clear choreography. The men dressed in camouflage uniforms make the act of sculpting look like an abstract performance.