Artist-led tour by Johanna Diehl and performance by Raphael Sbrzesny 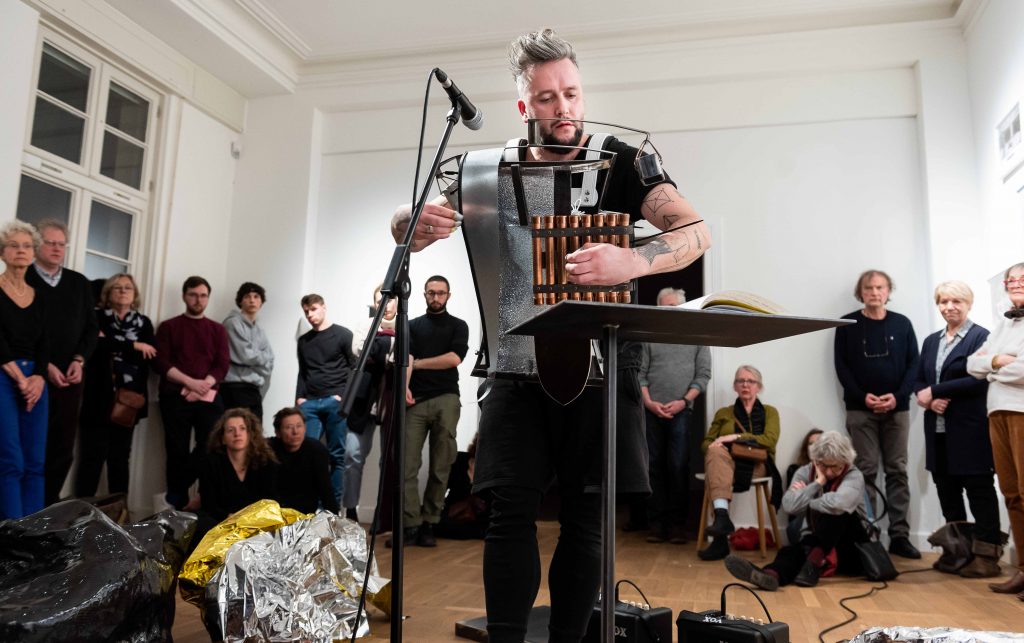 People were literally jostling to listen to Johanna Diehl on Saturday afternoon during a guided tour by the artist. More than fifty people wanted to learn first-hand about the background of the subtle photographic works. Afterwards, the musician and artist Raphael Sbrzesny interpreted the atmosphere of “Dead Dad Wild Country”, Johanna Diehl’s photo and video installation on the ground floor. With language and sounds, Sbrzesny expanded the theme of the absent present and introduced in various soundtracks, among other things, reports on the attacks in Paris in 2015, when the artist stayed in the French capital on a scholarship.

The multi-layered performance “Partituren des Nervösen“ (Scores of the Nervous) by the trained drummer convinced from beginning to end with originality, exact timing and rhythm. Very impressive what the thirty-five-year-old sound and performance artist, who teaches as professor at the Hochschule für Künste in Bremen, has chosen as elements for his sound performance: Loudspeakers, a drum, shower gel, warming foil and a percussion instrument that he wore in front of his chest to skilfully play it with thimbles. 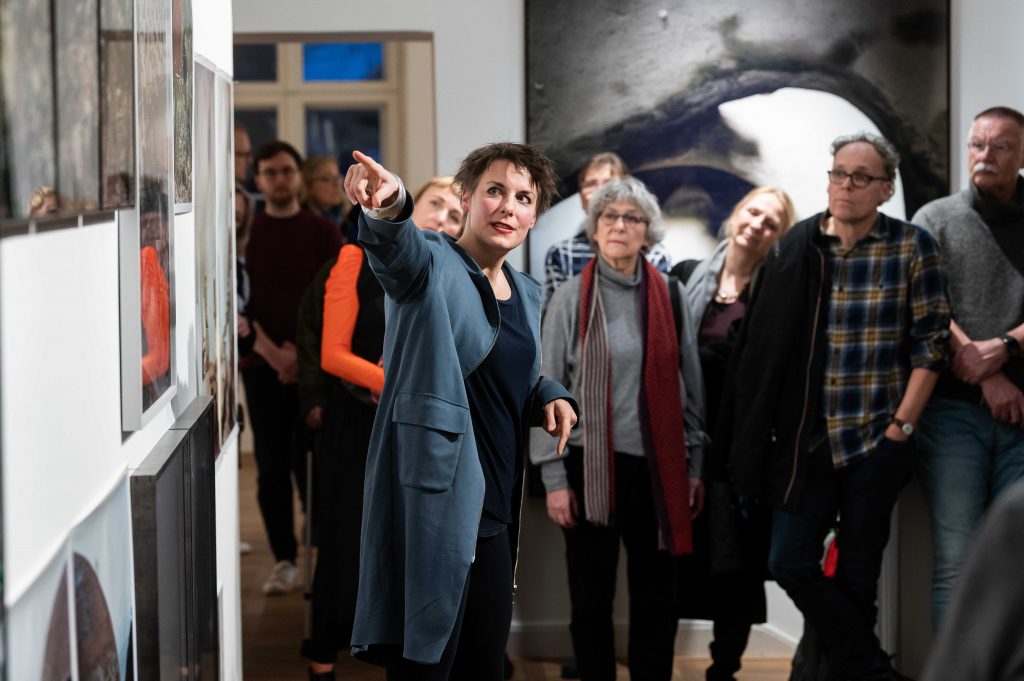 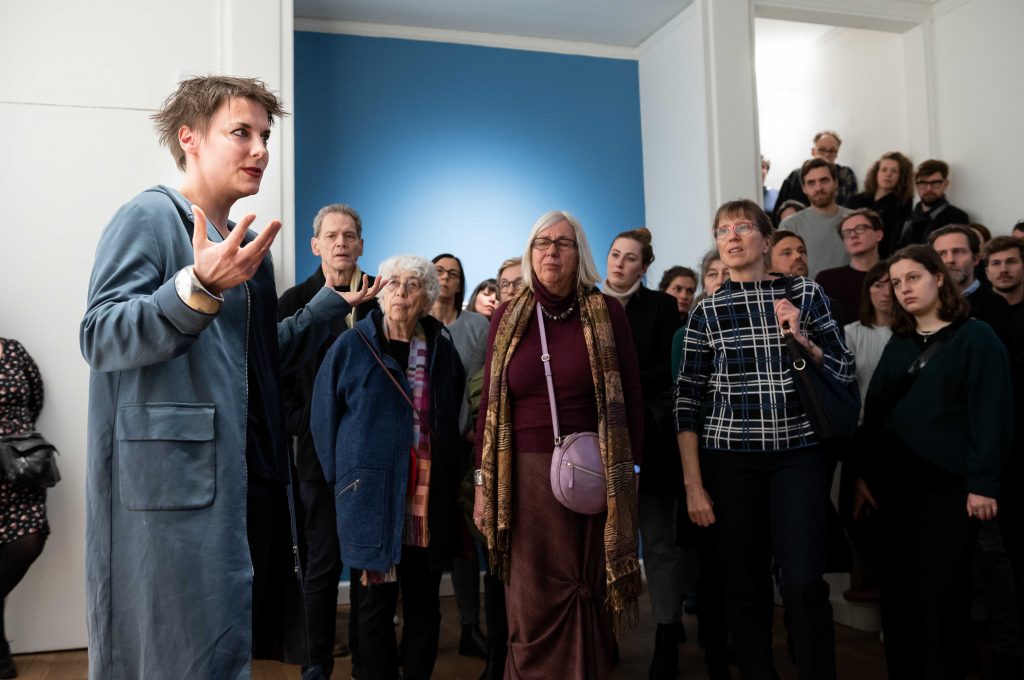 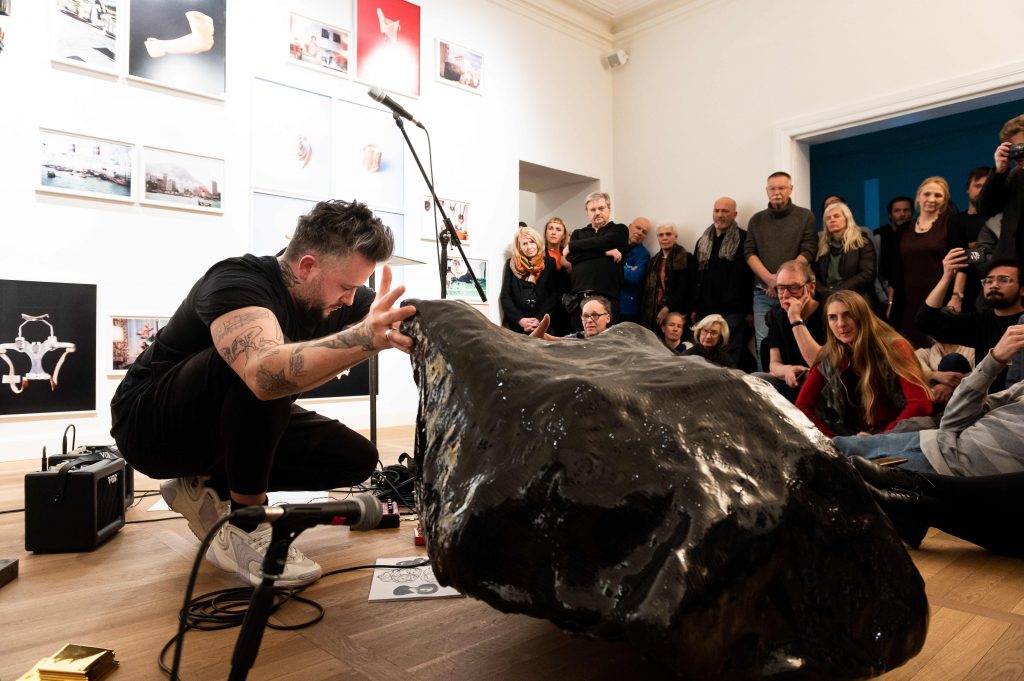 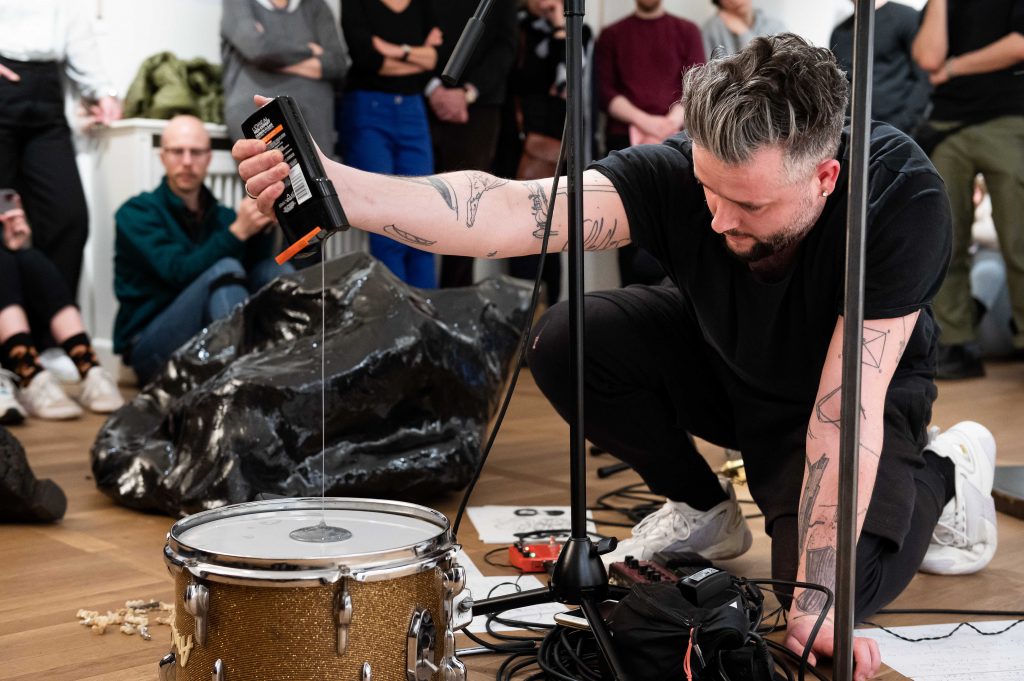 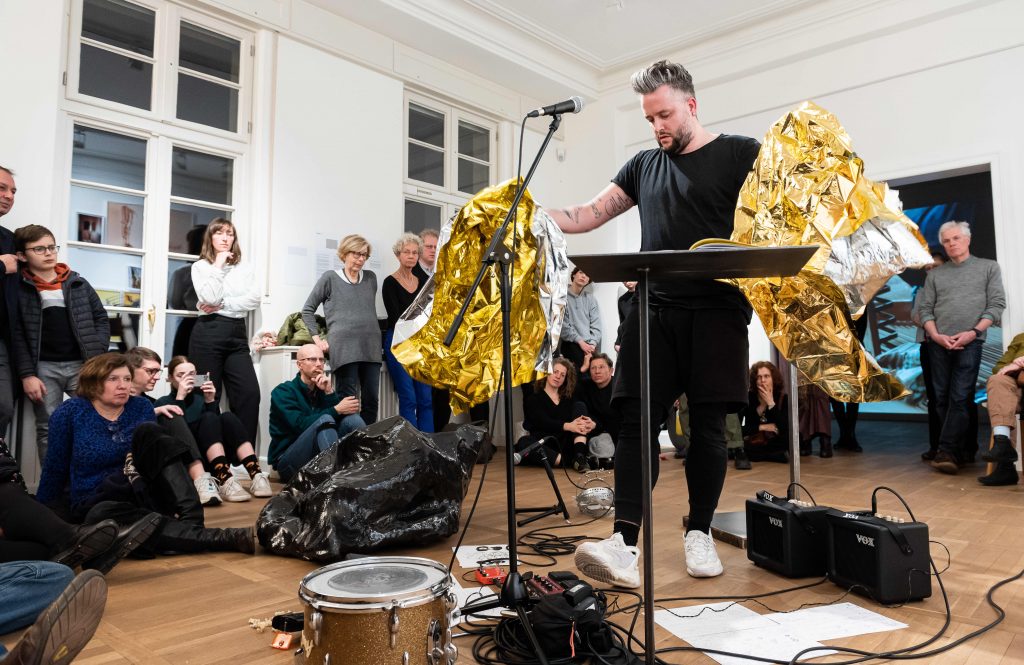