With the exhibition Home, Arturo Herrera sketches one’s own home in the realm of memories, which are fed by various media and personal sources of global visual consciousness. Using images from popular culture such as magazines, comic books, journals, children’s books or even private photos, complex collages are created that reflect our present on both an individual and collective level. In this way, the artist, who was born in Caracas in 1959, takes up a visual language that has become placeless in the global age. Using cutouts and silhouettes, he pushes the legibility and elasticity of visual signs to the limits of abstraction. He condenses the figures and objects found in mass-printed products into collages of paper and felt cuttings, which are individually charged and interpreted through his own painting, drawing, photography, sculpture and video. By fragmenting and layering the image sources, Herrera multiplies their possible meanings and finds a new approach to the language of abstraction.

Arturo Herrera has become known through numerous exhibitions in internationally renowned institutions in Europe and the USA. With Home, the Haus am Waldsee presents him for the first time in an institution in Germany. In 2006 Herrera was part of our big anniversary exhibition on 60 years Haus am Waldsee “Anstoß Berlin – Kunst macht Welt”. In 2017 he participated in the group exhibition “MISSING. Der Turm der blauen Pferde by Franz Marc”. 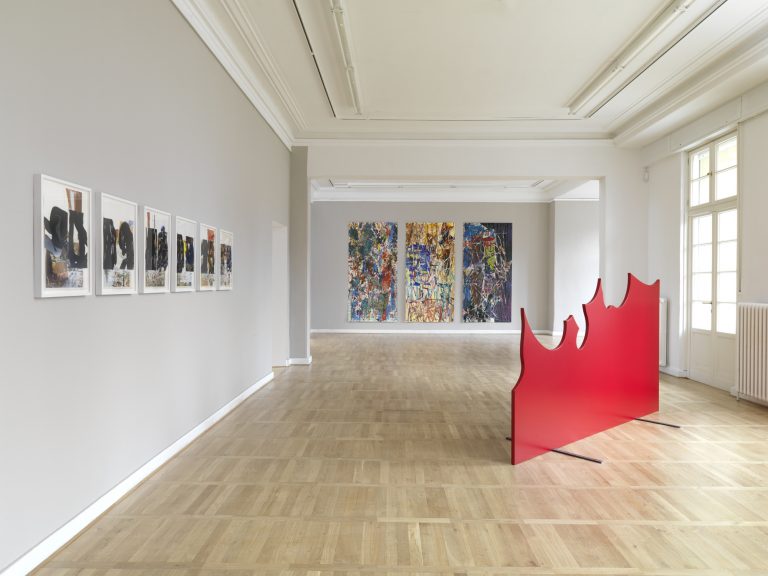